US faces a security assistance dilemma in Central Asia 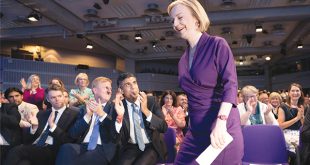 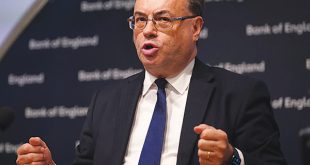 Technically speaking, the U.S. State Department is the foreign policy arm of the United States. But increasingly, the U.S. Defense Department has taken a leading role in conducting foreign policy on its own: primarily through providing security assistance to countries around the world, sometimes contrary to State’s recommendations. This will come as no surprise to Central Asia watchers, who have sharply criticized the United States for providing military training and assistance to regional governments which are habitual human rights violators.
Bryan Bender details the “newest arms race” between the Pentagon and Foggy Bottom in a piece for Politico this week that is well worth the read. The article wades through the feud between the diplomats and the generals and in Bender’s words “the generals are on a winning streak.”:
Current law gives the State Department input — and in some cases veto power — over the programs. But the defense policy legislation being fashioned in Congress would expand the Pentagon’s role even more. The proposals lawmakers will review include allowing the military to fund security assistance programs over a number of years, instead of having to seek annual government reviews and appropriations.
Central Asia–far from a core U.S. foreign policy issue–has nonetheless been one of the fronts of this feud due to its more-central role in the overall war in Afghanistan, the war on terror, and global counter-narcotics efforts. Bender writes that “the diplomats recently learned the Pentagon was funding counter-narcotics operations in several nations in Central Asia that the State Department had previously deemed ineligible for military assistance.”
There are several laws in place in the United States designed to keep military assistance away from abusive foreign governments, but most of the laws have significant loopholes which allow for exceptions that render the laws almost useless. Nate Schenkkan, the project director for Freedom House’s Nations in Transit, wrote in February that “all too often, the U.S. government itself fights hard to skirt its own weak restrictions.”
The Leahy amendment is one law that is supposed to prohibit both the State and Defense departments from giving military assistance to units that violate human rights. Before foreign military units can receive assistance they have to be vetted, but in order to deny assistance there has to be credible information on specific units, something that is hard to come by. Another law, the Arms Export Control Act has similar provisions with regard to the sale and transfer of military equipment.
The countries of Central Asia make frequent appearances on various lists of rights violators.
The U.S. Commission on International Religious Freedom (USCIRF) annually provides a report on international religious freedom, as mandated by a 1998 law. The report, in part, identifies countries which the independent body recommends the Secretary of State designate as “countries of particular concern.” The designation opens the path to sanctions and restricts security assistance–unless such punishments are waived. As I noted when the 2015 report came out last May, the countries of Central Asia are, or have been, placed on the list, but have had the sanctions option waived:
Uzbekistan, the report comments, has been designated as a CPC each year since 2006, but the State Department has indefinitely waived taking punitive actions against the country since 2009… Turkmenistan also has an indefinite waiver, and as is the case for Uzbekistan, the waiver is because of an “important national interest of the United States.” … Tajikistan is recommended for the third time to join Uzbekistan and Turkmenistan on the CPC list. The State
Department has ignored previous recommendations regarding Tajikistan.
None of these laws stopped the U.S. from donating more than 300 MRAPs to Uzbekistan last year or derail training programs with the Tajik military. If anything, Bender’s article points out just another way in which the United States bungles its handling of repressive regimes–the right hand is fighting with the left. If, as the piece alleges, the Pentagon went ahead with programs the State department tried to nix, such occurrences further undermine diplomatic efforts in the region. Leaders Tashkent and Dushanbe know that the embassy might not help them out, but cry “extremism” and the Pentagon might just pay up.

Catherine (Katie) Putz is special projects editor for The Diplomat. She manages the monthly magazine as well as writing on Central Asia, Afghanistan and security topics