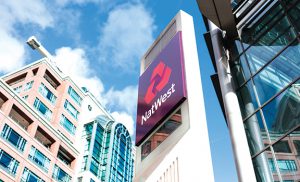 The UK government is extending a plan to sell more of its 11.3 billion-pound ($14 billion) stake in NatWest Group Plc for another year, as it looks to further reduce its stake in the lender.
UK Government Investments Ltd., the body that oversees state holdings, said the extension means the trading plan is now set to terminate on August 23, 2023 instead of August 11, the Treasury said in a statement on Wednesday. The government currently owns about 48.5% of NatWest Group, a hangover from the costly bailout of the then-Royal Bank of Scotland during the
financial crisis.
Since it was established in 2021, the government has sold about 703.5 million shares through the plan for around £1.6 billion, according to the statement. The Conservative government has repeatedly pledged to cut the holding, which once stood at more than 80 percent, but the process has been stalled as Brexit dominated the British political scene and the lender’s market value languished.
There remains a cap of up to 15% of the aggregate traded volume over the extension period on the total number of shares that can be sold.
The UK said in the statement that it continues to keep “all options and timings under review for future sales,” and the extension “does not preclude government from using other options to execute future transactions that achieve value for money for taxpayers, including further directed buybacks and/or accelerated book-builds.”
Whatever mechanism is used, the Treasury is likely to take a hefty loss on the sales with the share price hovering around 220 pence. It has previously indicated its break-even price on the sums injected into the bank is 407 pence.