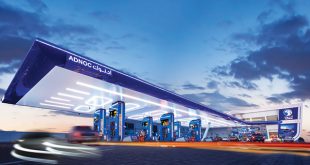 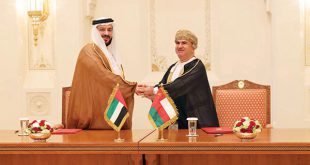 China’s campaign to slim down its bloated industries could be derailed by more than $1.5 trillion of debt in its steel, coal, cement and non-ferrous metal sectors, which threatens to overwhelm local banks.
Tackling industrial overcapacity has become a priority for Beijing to make its slowing economy more efficient and address a supply glut that has hammered coal and steel prices.
China is providing more than 100 billion yuan ($15 billion) in the next two years to handle layoffs from coal and steel, but that will only be made available once debts have been settled.
Critics say there is no clear mechanism for tackling the debt burden, which will put huge strain on the weakest sections of the banking sector.
The debt figures, revealed in papers submitted to China’s parliament this month, highlight the dilemma facing state firms grappling with surplus capacity and how difficult it will be to pull off this central plank of Beijing’s economic reform plans.
Costs for the estimated 1.3 million coal-sector layoffs alone are as much as 195 billion yuan, and coal industry delegates attending parliament urged government to provide more support to deal with the mounting debts of hundreds of stricken “zombie” firms.
The four sectors targeted in the battle against overcapacity owe around 10.2 trillion yuan ($1.56 trillion), according to documents submitted to parliament by Wang Mingsheng, head of Anhui-based coal firm Huaibei Mining.
China’s statistics bureau puts coal and steel debts alone at 8 trillion yuan, of which about a third is bank debt.
If 20 percent of that were to go bad in 2016, which industry analysts say is not unrealistic, it would raise Chinese banks’ non-performing loans by nearly half.
Bankers say city and regional banks set up by party or provincial government officials are most exposed, and that official NPLs, which already doubled last year, underestimate the scale of their problem lending.
“China needs to set up a new organisation, a special bank just to take over these debts in order to avoid the local banks going bankrupt,” said steel industry consultant Xu Zhongbo. China’s banking regulator didn’t return a request for comment, though earlier in March sent notices to joint-stock banks and city commercial lenders to boost risk assessment and collateral valuations to control exposure to industries suffering overcapacity.
A lawyer who handles steel industry non-performing loans for mid-sized Chinese banks said: “Banks’ fear is not without reason. The steel sector’s continued slump increases the difficulty of disposing of outstanding non-performing loans.”

SHOUTING SLOGANS
As well as seeking cuts in value-added tax and relief from expensive “social functions” like healthcare and education, the coal delegates urged government to provide additional funding and policy support, and establish “debt-to-equity” mechanisms to handle the problem.
“Because the mechanisms and related policies for state-owned firms exiting the market are not complete, closing them will raise thorny problems like the settlement of debts,” said Liang Tieshan, chairman of the Henan Pingdingshan Coal Group.
Average debt-to-equity ratios at steel firms rose 1.55 percentage points to 70.1 percent in 2015 and for at least five firms exceed 100 percent, figures from the China Iron and Steel Association (CISA) show. Coal executives estimate their sector average exceeds 75 percent.
In plans published in February, Beijing promised to slash 100-150 million tonnes, or up to 12.5 percent, of crude steel capacity and as much as 500 million tonnes, or 9 percent, of coal production in over three to five years.
Liang of Pingdingshan Coal said state banks responded by implementing tougher credit policies and recalling some loans. He said one mine in Henan was facing a 40 billion yuan repayment bill that was unlikely to be rolled over.
The February policy documents said China would create a special mechanism to restructure industry debts and non-performing assets while introducing incentives to write off bad debts or transfer them to specialist asset managers, but officials said more specific measures were required.
“To cut capacity we cannot just shout slogans and issue targets – we must have a realistic and effective mechanism,” said Wang at Huaibei Mining Group.
He said it was unreasonable to expect local governments to take the initiative in closing zombie coal firms, given the contribution coal makes to local GDP, employment and government revenue.
China’s industry ministry and the commission responsible for state assets did not return requests for comment on how government will deal with the debt burden, or how it would affect their plans to cut capacity.
The action plans said China would rely mostly on “market methods” to solve debt problems, but Liang said the market was all but useless when it came to disposing of assets once a mine had closed.
Zhang Wuzong, chairman of Shiheng Special Steel Group, said there was also no incentive for managers to use China’s bankruptcy laws, which offer little protection for executives.
“Creditors will come to retrieve their debts, and not just the banks,” he said. “Your personal assets are frozen, and you will be sued. It is terrifying, so why don’t these bosses simply run away?”