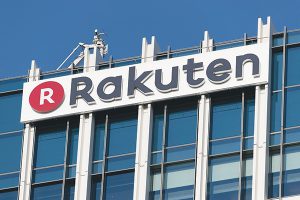 Rakuten Group Inc has chosen Goldman Sachs Group Inc and Daiwa Securities Group Inc as lead managers for its banking unit’s initial public offering, people familiar with the matter said, as the online retailer chases fintech growth to counter mounting losses.
Rakuten is preparing to list its banking unit with a valuation of around 300 billion yen ($2.1 billion) to 400 billion yen in an IPO as early as December, people familiar with the matter said, asking not to be named as the matter is private. Deliberations are ongoing and details of Rakuten Bank Ltd’s offering, including bank manager lineup and size, could still change, they said.
A spokesperson for Rakuten declined to comment, as did representatives at Goldman and Daiwa.
The bank’s planned listing on the Tokyo Stock Exchange is part of a push by Rakuten to expand in financial services.
Stiff competition from Amazon.com Inc is capping the Japanese company’s core e-commerce revenues, while aggressive promotions for its mobile unit are saddling the company with losses.
Rakuten’s fintech segment is increasingly driving growth at a company that remains largely moored in Japan, despite its ambitions to expand overseas.
The company’s credit card, bank, securities and insurance businesses together constituted its biggest earner of operating income in the April-June quarter. Rakuten is separately preparing to list its securities unit.
“It makes sense for Rakuten to raise money to help the banking unit grow further — the combination of its e-commerce operations and fintech makes the company
a strong, attractive player in
Japan,” said Morningstar analyst Kazunori Ito.
Rakuten’s quarterly operating loss widened from a year ago, prompting S&P Global Ratings to slap the company with a negative credit outlook.