AB Foods in early stages of sale of Chinese business 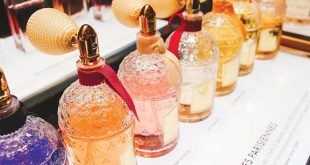 Associated British Foods Plc, the British food-to-retail conglomerate, plans to sell its Chinese sugar business for as much as $1 billion, according to a person familiar with the matter.
The process is in the very early stages and there’s no timetable for completion, said the person, who declined to be identified as the information is private.
AB Foods is backing away from China as it doubles down on its African sugar business Illovo, where it’s looking to buy the stake it doesn’t currently own for 5.6 billion rand ($368 million). The owner of Kingsmill bread and discount clothing retailer Primark last year sold two underperforming sugar factories in China, where it’s operated since 1995. The company’s sugar profits have plummeted over the past few years as European prices for the commodity plunged.
A spokesperson for AB Foods declined to comment. The Wall Street Journal earlier reported that AB Foods was considering a sale of the unit.
Associated British Foods plc is a British multinational food processing and retailing company whose headquarters are in London. Its ingredients division is the world’s second-largest producer of both sugar and baker’s yeast and a major producer of other ingredients including emulsifiers, enzymes and lactose.
Its grocery division is a major manufacturer of both branded and private label grocery products and includes the brands Mazola, Ovaltine, Ryvita, Jordans and Twinings.