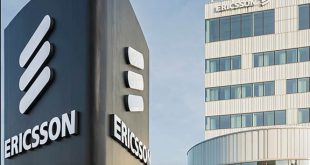 Xiaomi Corp. recorded its slowest pace of quarterly sales growth since early 2020 after supply chain mayhem choked off the flow of vital components and rivals like Apple Inc eroded its market share.
Shares in China’s largest smartphone maker slid more than 5% in Hong Kong to their lowest since September 2020, reflecting lingering concern about a global chip shortage that’s wiped billions of revenue from the automotive and electronics industries. Xiaomi foresees that deficit persisting well into 2022 before easing especially around the second half of the year. Still, it’s expecting ship roughly 190 million smartphones in 2021 — a rise of about 29% from last year — thanks to inroads into overseas markets and an expanding
retail network.
Revenue climbed just 8% to 78 billion yuan in the September quarter, in line with analysts’ projections but marking its slowest growth since the June quarter of 2020. Net income plummeted 84% to 788.6 million yuan after the company took a 3.5 billion yuan hit from losses in investments, echoing major writedowns that its tech peers have reported in a quarter hurt by China’s decelerating economy and market ructions.
“We faced fairly big pressure in third quarter” from chip shortages, President Wang Xiang told reporters after the results. “This will continue in the fourth quarter, but will start to ease in 2022.”
Xiaomi has lost more than a third of its value this year as supply chain issues and a resurgence of the Covid-19 pandemic in key markets hindered operations. It briefly surpassed Apple to become the world’s No. 2 smartphone vendor before global shipments slumped in the third quarter, primarily due to component shortages. The Chinese vendor registered a 4.6% decline in smartphone shipments after high double-digit growth over the previous four quarters as supply issues started to bite, according to reports.
That compared to a 21% surge in shipments from Apple following the release of new iPhones.
Xiaomi is also facing growing pressure in China. Honor, a former sub-brand of sanction-hit Huawei Technologies Co., resumed business with American suppliers from Qualcomm Inc. to Google parent Alphabet Inc. after its spinoff a year ago. The Shenzhen-based firm targets a similar customer group to Xiaomi and has been expanding its brick-and-mortar store network in China in recent months.
Xiaomi is expanding its own offline channels, with plans to open 20,000 more shops on its home turf in three years to counter competition, local media reported this month.
“Investors may also start pricing in Xiaomi’s EV business value, which we estimate at a theoretical HK$3 to HK$5 per share, based on the assumption that Xiaomi delivers 60,000-90,000 EVs in 2025,” China Renaissance Securities said in a research note.
Xiaomi has pledged to invest $10 billion in the EV business over the next decade, joining a market that’s already crowded with players from Tesla Inc. to local brands such as Nio and Xpeng.