Why Australia is gearing up for possible war with China 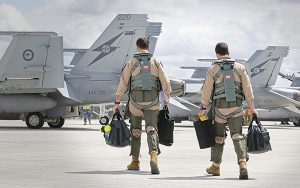 Japan is America’s single most important ally, but Australia has historically been its most reliable. Alone among US allies, not just in the Indo-Pacific but globally, Australia has fought in all of America’s major wars since World War I.
As I found during three days in Sydney and Canberra, the prospect of war in the Taiwan Strait is forging Australia, Japan and the US into a latter-day Triple Entente — the pre-World War I coalition that sought to contain Imperial Germany — in the Western Pacific. That comparison is reassuring and disquieting at the same time.
Less than a decade ago, Australia was the poster child for US allies who refused to choose between Washington and Beijing. How times change. In 2017-18, revelations of pervasive Chinese efforts to corrupt Australian politics caused a pivot in public opinion.
In 2020, China punished Australia economically after the Canberra government supported an international inquiry into the origins of Covid-19. Beijing’s expanding influence in the South Pacific has sparked fears of Chinese flotillas threatening Australia’s sea lanes.
Yet what came through most clearly this week, in conversations with Australian analysts and officials, was concern that a Chinese invasion of Taiwan might catastrophically compromise the security of the entire Indo-Pacific. “Australia could not survive in a Chinese-dominated region,” one defense expert told me. It would become “a satrapy,” forced to toe Beijing’s line or suffer the consequences.
This is why, as Michael Green of the US Studies Centre in Sydney notes , Australia has in recent years pushed Washington to go faster on issues ranging from curbing the influence of Huawei Technologies Co. to creating one new security grouping, AUKUS, and reinvigorating an older one, the Quad.
The Australian government recently signed a joint declaration with Japan that looks a lot like “alliance-lite.” The two countries pledged to consult and work with each other “on contingencies that may affect our sovereignty and regional security interests.”
It’s a remarkable historical shift: In 1942, Northern Australia feared a Japanese invasion; today, Japanese troops are preparing to train there with the Australian army. And Australia, like Japan, is striving to strengthen its ability to defend itself and the region it inhabits.
Nuclear-capable American B-52 bombers will soon operate out of Northern Australia as part of a larger expansion of the US presence there. AUKUS — the Australia-UK-US security arrangement announced last year — will produce (eventually) nuclear-powered attack submarines and (more quickly) unmanned underwater vehicles and other advanced capabilities.
Based on conversations I’ve had in Washington and Canberra, it also seems likely that Australia may lease one or more US attack submarines until the boats built under the AUKUS deal are ready. Investments in cyberwarfare and intelligence capabilities are increasing as defense spending rises.
Admittedly, the Australian military is small, and the distances to the Taiwan Strait are large. The Australians wouldn’t have huge amounts of firepower to contribute to a Taiwan fight.
But, Australian officials told me, in a conflict where the margin between victory and defeat would be razor-thin, their military would have a critical role. Envision a geographic division of labor — in which Australia uses air power and sea power to secure critical lines of movement through Southeast Asia, while Japan holds Northeast Asia, and the US busts the invasion or blockade of Taiwan itself.
US air power and Marines in a Taiwan conflict would likely operate from Australian bases. Australian space, cyberwarfare and intelligence assets would be crucial. Conceivably, US-made Australian F-35s might fly from American bases in the Western Pacific, or Australian ground forces could help Taiwan repel an invasion (although geography alone makes these more distant possibilities).
Distance isn’t the only dilemma Australia faces. Developing the capabilities currently envisioned, especially attack submarines, will require major spending hikes. Deepening cooperation with allies and partners triggers perennial concerns about Australian sovereignty. Australia would suffer economically in a conflict with China, which accounts for 31% of its trade.
Even so, Australia probably wouldn’t stay on the sidelines. Opinion polling indicates that a plurality of the population favors sending forces to defend Taiwan, so long as the US does, too. The center-left government of Prime Minister Anthony Albanese refuses to be pinned down on Australia’s intentions, but one recent defense minister deemed it “inconceivable” that Australia wouldn’t be involved.
There is increasingly an assumption here that a war in the Western Pacific would involve a “three-plus-one” coalition — Australia, Japan and the US helping to defend Taiwan. These three countries increasingly resemble the Triple Entente — between France, Russia and Britain — a loose coalition committed to stopping their era’s autocratic challenger, Imperial Germany, from shattering the balance of power.
Yet the Triple Entente failed to prevent World War I, in part because its looseness — there was no formal treaty binding all three members — encouraged German leaders to hope it might fracture in a crisis. There’s a similar challenge before the democracies today.
Australia, Japan and the US all have policies of “strategic ambiguity” regarding Taiwan — they have indicated they won’t let China take the island, but made no formal commitments to its defense. Separate alliances bind the US to Japan and the US to Australia, but there is no trilateral mechanism ensuring that an attack on one would be treated as an attack on all. Nor is there a unified command structure that would be needed for the three powers to fight together effectively.
There are sound reasons for maintaining strategic ambiguity, not least that no one wants to set off a crisis by shifting the status quo in the strait. Yet as World War I reminds us, conflicts have also started when aggressors underestimate the resistance they will eventually face.
Australian officials told me they worry that it will be difficult to generate tons of new military capabilities in the next half-decade, so one way to strengthen deterrence is to make as clear as possible that Beijing will face a powerful democratic coalition if it attacks Taiwan. 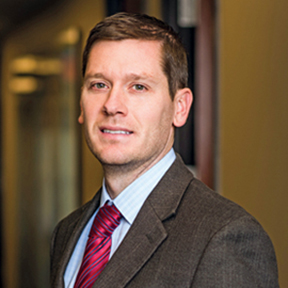