US oil gushes above $50 for first time since June 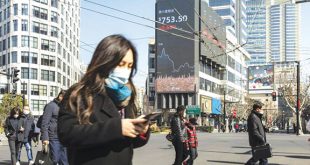 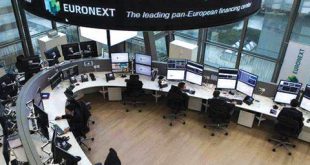 Oil prices in New York rose above $50 a barrel on Thursday for the first time since June, helping provide some support for broader markets ahead of key US jobs data.
Near 1330 GMT, US benchmark West Texas Intermediate for delivery in November was trading up 37 cents at $50.20 a barrel, while the London benchmark Brent had climbed 53 cents to $52.38 per
barrel.
A surprise drop in US oil inventories in Wednesday’s weekly US report added to momentum after last week’s OPEC announcement of an output cut.
“We’re still reacting to yesterday’s EIA (DOE) report with the stocks down three millions barrels,” said James Williams of WTRG Economics. “That was a pretty bullish report.”
The $50 mark is crucial as it makes drilling cost-effective for many companies.
Shares in oil service company Halliburton jumped by 1.1 percent.
Shares in BP climbed 0.8 and Shell by 0.7 percent in London, while US oil majors Exxon Mobil added 0.4 and Chevron 0.3 percent in New York.
Oil prices have strengthened even as analysts have expressed scepticism that OPEC will follow through on the plan.
“Although OPEC announced a week ago that it intended to cut its output, the battle for market shares appears to be far from over,” said Commerzbank, noting that Saudi Arabia increased its discounts. In equities trading attention turned to positioning ahead of the monthly US jobs report on Friday, which could help determine the timing of the next interest rate hike by the Federal Reserve.
Europes main indices were down slightly in afternoon trading as Wall Street opened in the red.

Twitter tanks
Analysts at the Charles Schwab said global equity markets are “treading cautiously ahead of tomorrow’s key nonfarm payroll report, on the heels of yesterday’s upbeat services sector reports that bolstered the case for a Fed rate hike this year.”
Another round of positive data out of Washington, this time on the key services sector, reinforced views that the world’s top economy is back on track and able to deal with the impact of tighter borrowing costs.
“The upbeat US services sector data… revived hopes over the Federal Reserve raising US interest rates in December,” noted FXTM research analyst Lukman Otunuga.
The dollar strengthened further on the growing expectations the US Federal Reserve will hike interest rates by the end of the year, while the pound struck a fresh 31-year low.
Meanwhile shares in Twitter tanked on a report that Google and other leading tech giants will not bid for the company.
Twitter dived 15.8 percent after technology news site Recode said Google had no plans to bid for the social media company.
Apple and Disney are also sitting out the auction process, the article said.