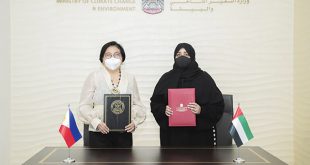 Pandemic cost culture up to 40% in lost revenue: Unesco

A U.K. services gauge dropped in February as concerns about global growth, market volatility and the possibility of a British exit from the European Union rattled the biggest part of the economy.
The Purchasing Managers Index published by Markit Economics on Thursday fell to 52.7 — the lowest since March 2013 — from 55.6. Economists had forecast a reading of 55.1.
The report, together with surveys of manufacturing and construction, indicates economic growth will slow to 0.3 percent this quarter from 0.5 percent. Markit economist Chris Williamson said there are “downside risks to even this modest expansion.”
This “completes a triple-whammy of disappointing survey news for February,” Williamson said.
Markit’s manufacturing survey earlier this week showed factories had their worst month in almost three years last month and a gauge of construction fell to a 10-month low. With services now showing signs of weakening, Williamson said the economy’s “main engine of growth is at risk of stalling.”
Companies are “unsettled by concerns regarding the increased risk of ‘Brexit,’ financial market volatility and weak economic growth at home and abroad,” he said.
After falling to a three-year low in January, business confidence edged up last month, but remains at a level that “historically presaged an imminent slowing in the economy to near stagnation or worse in coming months,” Williamson said.
The report will likely be looked at carefully by Bank of England policy makers, who have so far maintained that “Brexit” fears have not hit British growth and that the U.K. is well-insulated from global turmoil.
Nevertheless, Governor Mark Carney said last week that officials have scope to loosen monetary policy if needed, including cutting interest rates.
“The extent of the slowdown will be a shock to policymakers” and “puts to bed any talk of the Bank of England raising interest rates,” Williamson said. “The focus will instead increasingly shift to whether policy makers may soon need to dig deeper into their toolbox.”