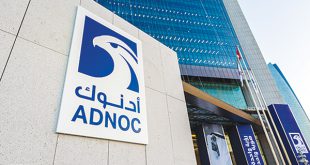 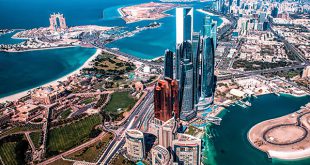 If you think of socialising in UAE, a nearby mall would be the first option to come to your mind. Malls are not just places of shopping in UAE, they are rather the lifeline of the country and imagining a life without access to malls is nearly impossible.
Over the years, many factors have led to a fertile business landscape in UAE for retail companies. Resultantly, despite signs of slowdown in economy due to unstable oil prices, retail sector has continued its steady growth.
Presently, looking at the market scenario, retailers in UAE seem to be positive about the growth prospects. Backed by researches that predict the UAE retail market to be valued at US$53.7 billion in 2016, up 7 percent over 2015, major players are expanding their business.
Waqas Hassan, Managing Director of Research Konnection, a Dubai-based market research firm told Emirates Business, “UAE’s retail sector has seen stable growth on the backdrop of sustained tourists arrivals and other factors.”
“The case has been particularly true for Dubai where Emaar Malls Group that owns Dubai Mall (the largest shopping mall in the world) posted AED435 million profit for the fourth quarter of 2015, up by 5.5 percent compared to 2014,” pointed out Hassan
In a ReseacrhKonnection report titled ‘Dubai Retail Sector Healthy’, Hassan mentions that Emaar Malls Group oversaw a total of 124 million visitors in 2015, a 9 percent increase from 2014 out which 80 million people visited the Dubai Mall alone, the highest by any shopping mall in the world.
“Being a significant contributor towards Emirate’s GDP, Dubai’s retail sector offers some of the most affluent consumers in the world, it will continue to progress at a reasonable rate, replacing Paris as the third most popular and must-visit tourist destination in the world by 2018. The tilt of the many developments is towards the high-end fashion retail, which could be correlated to rise in luxury tourism in the Emirate,” he said.
Among others, Al Ghurair Centre has shown growth and commitment to the retail industry in Dubai by opening three new retail outlets. The company says it has plans of strengthening its retail presence in UAE further this year.
“We are pleased about expanding continually, this investment allows us to complete the vision that was we intend to fulfill in coming years,” said Hani Dabash, VP-Mall, Residential and Commercial of the Al Ghurair Properties.
“The store openings mark an important step in the development of Al Ghurair Centre’s expansion. We now have F&B, retail, fashion brands and events – all elements weaved together for an unforgettable retail experience in our malls,” Dabash added.