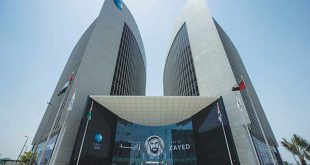 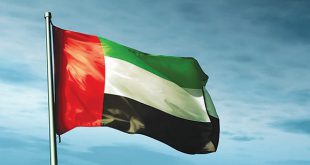 Turkey’s leaders vowed to retaliate for a bombing of a military bus that killed at least 28 people, raising the risk that the country will step up its intervention in the war in Syria to strike groups suspected in the attack.
There was no immediate claim of responsibility for the blast in the capital, Ankara, which killed both civilians and soldiers, but Turkey’s Yeni Safak newspaper reported on Thursday that a Syrian national carried it out. It didn’t say where it got the information. Recent attacks in Turkey, including the twin bombs that killed 102 people in the capital in October, have been blamed on IS, while the targeting of army personnel is a strategy adopted in the past by the PKK, an autonomy-seeking Kurdish group.
Turkey will “respond in multiples to attacks within and outside our borders,” directing its efforts against both the perpetrators “and those powers behind them,” President Recep Tayyip Erdogan said in a statement.
One immediate risk is that Turkey could be pulled deeper into the war in neighboring Syria, and even clash there directly with Russia. Erdogan backs rebel groups who are fighting to defend Aleppo as President Bashar Al Assad’s army advances toward the city with Russian air support.
In recent days, Turkey has shelled forces of the Syrian Kurdish PYD, whose gains near the Turkish border are assisting the Assad-Russian drive to encircle rebels in Aleppo. Turkish leaders say the group is the Syrian wing of the PKK, which Turkey and its US and European Union allies consider a terrorist organization. But the US disagrees with Turkey about the Syrian Kurds, viewing them as a reliable ally against Islamic State.
The attack against the military bus won’t stop Turkey in its fight against “all terrorist groups,” Prime Minister Ahmet Davutoglu said, without naming the militant groups Turkey is fighting at home or across the border with Syria. He is scheduled to meet chief of staff Hulusi Akar in Ankara early Thursday.

‘Full Battle’
After Wednesday’s attack, “Turkey will go full battle against the PKK inside the country and the PYD in Syria,” Soner Cagaptay, director of the Turkish Research Program at the Washington Institute, said in an e-mail. “This will complicate ties with Washington further and push the PYD further in the direction of becoming a Russia client.”
Earlier this month, after a senior US envoy visited and praised the Syrian Kurdish fighters, Erdogan called on President Barack Obama’s administration to make a choice.
“Is your partner me, or is it those terrorists in Kobani?” he said, referring to the Syrian town where Kurdish forces staved off an Islamic State advance and eventually handed the extremist group one of its biggest defeats.
‘Stand Beside Us’
Turkey’s three-decade war with Kurdish militants has flared again in the past year after a peace process broke down. Recent gains by Syrian Kurds pose a twofold threat to Erdogan: they could cut a supply route for the Turkish-backed rebels in Aleppo, and they could also cement Kurdish self-rule just across the border in Syria, fueling similar aspirations among Turkey’s own Kurdish minority.
The US State Department condemned the latest Ankara attack, but earlier on Wednesday, deputy Premier Numan Kurtulmus had said such statements are no longer enough.

“This is no longer a subject that can be passed off with simple expressions of condemnation,” he said. “We invite the international community to stand beside us in cooperation against terror.”
The Ankara blast occurred around 6:30 p.m. near the military’s headquarters and could be heard from parliament. Photos from the scene showed a bus’s frame twisted and all of its windows blown out. The vehicle was targeted as it stopped at a red light, the military said in a statement.