The Fed should lower interest rates 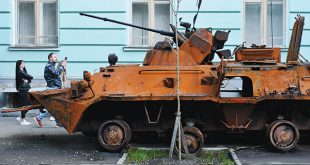 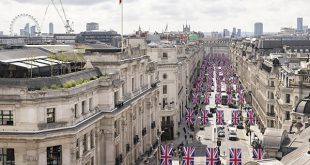 The steady improvement of the U.S. economy has led many to conclude that the Federal Reserve should keep removing stimulus by resuming interest-rate increases this year. I disagree: With inflation pressures low, there’s a lot more the Fed can and should do to get people back to work.
To understand my point, consider three charts. The first shows the share of people in their prime working years — age 25 to 54 — who have a job (focusing on this age group helps strip out the effect of the baby-boom generation reaching retirement age).
From 2007 to 2010, the employment-to-population ratio for this group fell sharply, from more than 80% to less than 75%. It remained low until 2014, leading some economists to speculate that the US had reached a depressed “new normal” for employment. Over the past two and half years, though, it has risen sharply — offering hope that employment can recover after all.
Welcome as it is, the rate of improvement strikes me as slow. Even if the employment-to-population ratio increased by another two percentage points in the next 30 months, it would still remain below its 2007 level. This argues for more monetary stimulus to generate a faster improvement.
Granted, monetary stimulus is not costless. As the U.S. learned in the 1960s and 1970s, easy money can lead to an upward spiral of inflation and inflationary expectations, which would require painful measures to reverse.
But there are no troubling signs of inflation at the moment. Consider, for example, the annual increase in the Fed’s preferred price measure over the past decade:
The Fed’s goal is to keep inflation close to 2 percent. As the chart shows, it has been below that level since early 2012. The most significant breach, in 2011, occurred thanks to a temporary upward blip in oil prices. The “core” inflation measure, which strips out transitory and volatile movements in food and energy prices, has remained below 2 percent since late 2008, except for a few months in 2011-12.
The real problem in the ‘60s and ‘70s, however, was the upward drift in people’s and businesses’ inflation expectations — expectations that tend to become self-fulfilling as companies raise prices and people demand higher wages to compensate.
Do we face a similar danger today? Financial market data suggest not. Consider, for example, what prices of Treasury securities suggest that traders expect the average inflation rate to be over the five-year period starting five years from today:
Far from drifting upward, this measure shows what I would call a worrisome decline in investors’ assessments of longer-term inflation since mid-2014.
These three charts all point to the same conclusion: Monetary policy makers should be seeking to ease, not tighten. Instead of satisfying a phantom need to “normalize” rates, the Fed should do what’s needed to get employment and inflation back to normal.