Waltons lose $19b in Walmart wipeout 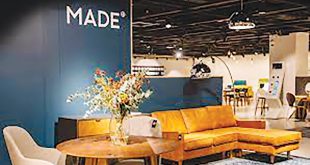 In a downtown Bangkok mall, ripped jeans and mirror sunglasses aimed at fast-fashion teens show how Thai retailers are getting ready for the next big thing — a government stimulus package they’re betting will revive sales after years of stagnation.
The goods are on sale in US brand Aeropostale Inc’s first Thai store, recently opened in a joint venture with Robinson Department Store. The country’s third-biggest retailer plans 15 of the shops this year, even if Aeropostale’s allure has faded back home.
Thai luxury malls, department stores and hypermarkets are all opening new outlets. Amid record tourism numbers, the military government is readying long-term stimulus spending that retailers see topping $50 billion to support a fragile recovery from 2014, when months of street protests and a coup brought Southeast Asia’s second-biggest economy to a standstill. “The economy is recovering slowly,” Robinson’s Chief Financial Officer, Dissatat Wisetvara, said in an interview, targeting more than $5 million in sales from the Aeropostale stores this year. “We hope the stimulus measures will help spur the economy and purchasing demand and start having an impact from June.”
Announced in March, with more infrastructure spending due by June, the stimulus comes amid signs that consumers are ready to respond quickly. For instance, same-store sales picked up in the fourth quarter after the junta moved to cut some taxes to spur end-of-year spending.
In a recent visit to the Aeropostale store in a mall in the popular tourist district Ratchadap- hisek, 30-year-old pharmacist Nawarat Kreukheunpetch bagged a pair of sandals and a t-shirt bearing Aeropostale’s New York branding. Each item cost about $14.
“I like the design and the prices are reasonable,” she said, “and the shop also offers promotion discounts, which makes it easier for me to buy.”
Before the stimulus package kicks in, prospects for growth in a sector worth $90 billion in annual sales have been pegged at 3 percent this year by the Thai Retailers Association (TRA), the same as in 2015. Still, retailers hope the growth rate will tick up towards the average of 7-8 percent per year in the past decade.
WORST IS OVER
Thailand is expecting a record 32 million tourists this year – good news for the country’s luxury retailers. In one response, Central Group, a retail to real estate conglomerate, plans to invest 6.5 billion baht ($183 million) this year to expand its high-end Central Embassy mall in Bangkok. Foreign retailers are also showing growing interest: Japanese department store operator Takashimaya Co will open its first store in Thailand at a new mixed-use luxury project called Icon Siam in 2017.
Retailers in the north, Bangkok and Thailand’s islands are seeing the benefit of the rising numbers of tourists. Hypermarket operator Big C Supercenter Pcl has said it will expand its chain and also add 78 smaller-sized outlets in urban locations, while CP All aims to open 700 new franchised 7-Eleven convenience stores this year.
“The worst is over for retail,” Chatrchai Tuongratanaphan, director of the TRA told Reuters.
But it won’t be plain sailing. Record household debt built up under the free-spending government the junta toppled in May 2014 remains a constraint.
“We don’t expect to see a strong (short-term) pickup given low-income earners have not fully recovered,” Chatrchai said.
Any delay in infrastructure spending would also be a risk to a recovery that remains tentative: The central bank on March 23 cut its 2016 growth forecast to 3.1 percent from 3.5 percent.
But that would still mean acceleration from 2015’s 2.8 percent growth, and the government measures, including new tax rebates, should act as a intermediary spur to boost consumer spending.
Citigroup economists said the tax rebates could boost economic growth by 0.1 percent, stoking spending by consumers before
investment in infrastructure
materialises.