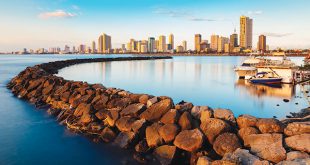 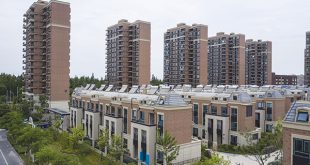 It’s not hard to see why Brexit campaigners tout Switzerland as a model for Britain’s life outside the European Union.
The Swiss have kept prospering as one of the world’s richest countries despite opting for treaties instead of membership to define their relationship with the bloc that surrounds them. While the EU accounts for 1 in 3 francs earned by Switzerland, the economy even weathered the region’s debt crisis well enough to avoid any recession since 2009, just like the U.K. has.
However, almost a quarter of the Swiss population is foreign — a level some Brexit supporters might flinch at — and many of them qualify for higher-paid jobs. The country has no leeway in harmonizing a large body of European legislation, and the government is struggling to renegotiate a deal with the EU to limit immigration while keeping its other treaties in force. That standoff provides a glimpse of the bargaining challenge that would also face Britain.
Switzerland is a draw for foreigners: Roughly 1 in 4 residents aren’t Swiss — with the majority hailing from EU countries, sometimes living for decades in Switzerland without becoming citizens. Italians, Germans & Portuguese are the biggest groups.
Since 2002, the Swiss have progressively dropped the labour market restrictions for citizens of EU countries, who may now in general take up a job and residence without special permission. While foreigners once tended toward unskilled jobs, they are now well educated — latest numbers show that more than half have the equivalent of a university degree.
Underscoring Swiss dependence on the EU, the bloc was the source for 39 percent of Switzerland’s 2014 stock of foreign direct investments, a sum of 296 billion ($312 billion) francs. That’s about as much as came from the U.S. that year. Switzerland also exported more to Germany than to either the U.S. or China in 2015, despite the weak euro making Swiss products relatively more expensive.
Were Switzerland’s Bilateral Agreement I — which includes the free movement of persons and civil aviation — to be nullified, economic output per capita would be 1,894 francs lower in 2035 than if the pact remained in force.