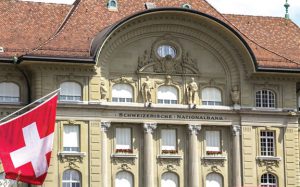 The Swiss National Bank (SNB) and partner organisations said they successfully conducted the second stage of their experiment to process digital currencies within the country’s financial system.
During a three-day test in December, five commercial banks — Citigroup Inc, Credit Suisse Group AG, Goldman Sachs Group Inc, Hypothekarbank Lenzburg AG and UBS Group AG — were able to integrate wholesale central-bank digital currency into their existing core banking systems.
The test covered a wide range of transactions in Swiss francs — interbank, monetary policy and cross-border, according to a joint press release issued by the SNB, the Bank for International Settlements and the financial infrastructure operator, SIX.
The test was conducted as part of an experiment known as “Project Helvetica,” which aims to identify the practical complexities, legal questions and policy implications of issuing wholesale central-bank digital currencies.
While none of the existing distributed ledger technology-based platforms are systemic yet, the goal of the experiment is to determine whether such exchanges are technically feasible so central banks can be prepared from an operational standpoint.
There are no immediate plans for a third phase of Project Helvetica and participants plan to assess the results of the first two to determine next steps. While the exchange of digital currency between the SNB and commercial banks is technically feasible, questions remain about cybersecurity and how to process a large number of transactions, among other issues.
The group said the Project Helvetica experiment remains “of an exploratory nature” and shouldn’t be interpreted as an indication that the SNB plans to issue a wholesale central-bank digital currency.