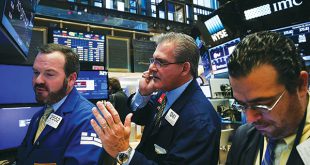 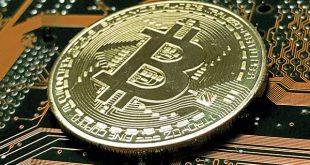 European stocks fell, while German government bonds rose with gold and the yen after explosions rocked a Brussels airport departure hall and a downtown subway station.
The Stoxx Europe 600 Index fell the most in a week as the attacks caused deaths and injuries and spurred fears of imminent follow-up attacks in the capital of the European Union. Travel and leisure shares led the slide and futures on the Standard & Poor’s 500 Index also declined. The yield on 10-year bunds touched the lowest in almost two weeks, while gold gained for the first time in four days as investors sought the safest assets. The pound dropped against all its major peers amid speculation the blasts may boost the case for Britain leaving the European Union.
Two bombs went off in rapid succession at the Belgian airport and an explosion an hour later hit a subway station a short walk from EU headquarters. The incidents, which follow terror attacks in Paris in November and a suicide bombing in Istanbul on March 19, may add to security concerns in Europe as officials attempt to bring an influx of migrants under control. Terrorist incidents including the one in the French capital and London bombings in 2005 spurred equity selloffs that were erased in the following days and weeks.
“The tragic events in Brussels should weigh on market risk sentiment in the near term,” said Valentin Marinov, head of Group-of-10 foreign-exchange strategy at Credit Agricole SA’s corporate and investment-banking unit in London. “Risk-correlated and commodity currencies should remain under pressure, while safe havens like the yen and gold,” are supported, he said.
The Stoxx 600 fell 0.4 percent at 11:27 a.m. London time. Germany’s 10-year yield fell as much as five basis points to 0.18 percent. The yen strengthened 0.2 percent to 111.70 per dollar and gold rose 0.6 percent.

Stocks
Air France-KLM Group and hotel operator Accor SA fell at least 3.8 percent. Thomas Cook Group Plc dropped 6 percent after also saying 2016 summer bookings have been lower than last year. Cruise operator Carnival Corp. and American Airlines Group Inc. fell in early New York trading.
Belgium’s Bel20 Index dropped 0.2 percent. On Nov. 16, the first day equities traded after the Paris terror attacks, France’s CAC 40 Index ended little changed.
“The stock reaction is reflecting a cautious attitude from investors after the attack,’’ said Pierre Mouton, who manages about $9 billion at Notz, Stucki & Cie. in Geneva. “While it may put some investors off Europe because of the perception of increased geopolitical risk, I don’t see it as weighing long term on stocks, beyond the initial reaction. There will be a bigger impact in some sectors, for example travel and tourism, while others such as security related stocks may benefit.’’
Futures on the Standard & Poor’s 500 Index expiring in June declined 0.4 percent, indicating the gauge will fall from its highest level of the year.

Currencies
The yen jumped against all Group-of-10 currencies. The euro weakened for a third day, dropping 0.3 percent to $1.1213.
Sterling was the worst-performer, falling for a second day against the dollar and euro, with Britain due to hold a referendum on European Union membership in June.
“The most negative reaction is for GBP,” Athanasios Vamvakidis, head of Group-of-10 currency strategy at Bank of America Merrill Lynch in London, wrote in e-mailed comments. “Any events that could give, to some people, arguments against migrants and refugees — such as a terrorist attack — could increase ‘Brexit’ risks.”
The Bloomberg Dollar Spot Index, which tracks the greenback against 10 major peers, climbed 0.1 percent. The gauge slid 1.3 percent last week after the Federal Reserve dialed back its outlook for rate increases this year. The presidents of the San Francisco and Atlanta Feds said on Monday that tighter borrowing conditions could be warranted as soon as April given improvements in the U.S. economy.

Bonds
Belgian bonds rose alongside the euro-area’s benchmark German bunds. The Belgian 10-year yield fell one basis point to 0.60 percent. The rate on similar-maturity U.S. Treasuries declined one basis point to 1.91 percent.
Belgium is on high alert after the capture of Paris terror attacks suspect Salah Abdeslam, believed to be the only surviving participant of the November massacre that left 130 people dead. Abdeslam faces a Brussels court decision on Wednesday on whether to extend a Belgian arrest warrant issued on
Saturday.
Japan’s long-term bond yields extended their push to record lows, driven by a shortage as the central bank buys record amounts of securities. Yields on 30-year debt dropped to 0.415 percent and those on 40-year securities slid to 0.445 percent.
“So many investors want to hold superlong JGBs,” said Hideo Suzuki, the chief manager of foreign exchange and financial products trading at Mitsubishi UFJ Trust & Banking Corp. in Tokyo. “We’re in a situation where traders have no stock of the bonds.”

Emerging Markets
The MSCI Emerging Markets Index dropped 0.2 percent, following a four-day run of gains that saw it rise 4.9 percent and enter a bull market on Friday.
Shares in emerging Europe and Africa led declines, with Turkish stocks sliding 1.8 percent, dropping from a 4 1/2-month high. South Africa’s benchmark declined 1.3 percent after closing at the highest since Nov. 5 on Friday.
The Shanghai Composite Index earlier fell 0.6 percent, ending a seven-day rally and the longest run of gains since May.
Turkey’s lira and Hungary’s forint led declines in emerging-market currencies, dropping at least 0.4 percent against the dollar.
Malaysia’s ringgit jumped 1.2 percent after the Edge Financial newspaper said state-investment company 1Malaysia Development Bhd. may conclude the sale of its energy unit this week.
South Korea’s won strengthened 0.8 percent to post its highest close since November versus the dollar. The
currency has room to rally further as cash returns to Korean assets due to the less aggressive outlook for U.S.
monetary tightening, according to Citibank Korea Inc.