Southwest pilot accord in jeopardy after new Delta agreement 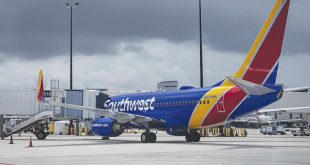 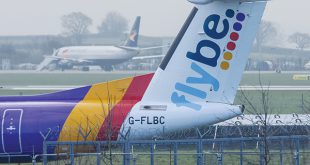 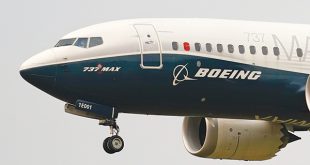 Southwest Airlines Co.’s tentative labour agreement with its pilots, reached after more than four years of negotiations, may be in danger now that Delta Air Lines has a pending deal that would pay its aviators more.
The Southwest Airlines Pilots Association is seeking to reopen some sections of an accord reached Aug. 29 and has requested a meeting with Chief Executive Officer Gary Kelly, union President Jon Weaks said.
“It is better for all parties to negotiate this now and have a clean tentative agreement process and a conclusion,” Weaks told pilots in an e-mail Monday. “There is a lot of mutual incentive for the company and SWAPA to fine-tune the current TA for changing industry dynamics and the needs of both parties.”
Pilots at major U.S. airlines typically seek industry-leading pay in contract talks, and Southwest’s union said it had succeeded in that goal before the Delta agreement on Friday. For Southwest, securing a contract settles questions about rising labor costs and will enable the carrier to use improved compensation as a recruiting tool.
Southwest currently doesn’t have a follow-up meeting set with the union, Bob Hughes, an airline spokesman, said in an e-mailed statement.
“As the union announced in September, its board voted 21-2 to put the tentative agreement to pilots for a ratification vote, and it would be highly irregular and unfair to our pilots if that plan were disrupted at this stage,” Hughes said. Southwest pilots, he said, “will be voting on the best contract in the industry.”

United Contract
In addition to the new Delta agreement, a contract extension approved by United Continental Holdings Inc. pilots earlier this year includes a provision that will boost their pay if Delta pilots secure a more lucrative deal. That would give both United and Delta pilots higher pay for the life of the Southwest contract.
Pay Percentages
Pay for Southwest pilots would increase 29.4 percent compounded over the term of its four-year tentative accord, while Delta aviators would get a cumulative 30.2 percent raise over the same time period under their Sept. 30 agreement in principle, according to the Southwest union. Pilots at both carriers must approve the pending contracts, with Southwest’s 8,400 aviators voting
October 8 through November 7.
The two-year extension approved by United pilots in January included a 13 percent pay hike this year followed by a 3 percent increase in 2017 and 2 percent in 2018.
Failure of the Southwest agreement also could re-open a dispute over whether the company can fly the newest version of Boeing Co.’s 737, which is set to arrive next year. The union maintains pilots can’t fly the 737 Max under the current labor accord and has sued Southwest over the issue. Southwest believes it can operate the Max now.