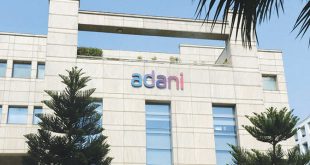 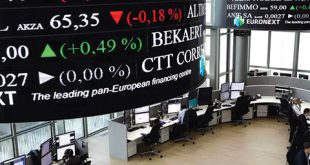 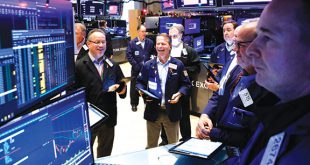 The British pound slumped to a three-year low against the euro on Monday in reaction to news that Britain would begin Brexit negotiations by March.
However better-than-expected British manufacturing data, ironically thanks to recent strong falls for the pound, helped London’s benchmark FTSE 100 stocks index to jump by 1.2 percent in morning trade. Sterling dropped to 87.46 pence against the euro, the lowest level since August 2013, after British Prime Minister Theresa May gave more details over the weekend about how Britain would exit the European Union.
The pound also slid to a three-month low of $1.2846 — before recovering against both the dollar and euro approaching midday in London. “The news that Article 50 will be triggered in the not too distant future has caused the pound to slump… and seen stocks rally,” said XTB market analyst David Cheetham. The pound has faced severe pressure on currency markets since Britain voted in June to leave the European Union — handing a boost to the country’s exporters.
In a key indicator of the strength of the manufacturing sector, the Markit/CIPS UK manufacturing PMI (purchasing managers’ index) rose to its highest level since mid-2014, according to figures out Monday.
“It is… apparent that sterling’s marked weakening is giving an important lift to foreign demand for UK manufactured goods,” said Howard Archer, chief European economist at IHS Global Insight.
The pound struck a 31-year low against the dollar in the immediate wake of the Brexit vote, at $1.2798.
Before now May had given few details about how she plans to go about handling Britain’s departure from the EU. She had said only that Britain would not trigger Article 50 of the EU’s Lisbon Treaty — which sets a maximum two-year clock ticking until a country’s departure from the 28-member bloc — before the end of this year.
“May’s announcement suggested that the UK may be leaning toward a so-called ‘hard Brexit’, which could take away the flexibility that the markets would need to digest the post-Brexit changes,” London Capital Groupanalyst Ipek Ozkardeskaya said in a client note.
In the eurozone Monday, the Paris CAC 40 was up 0.3 percent while Frankfurt was shut owing to a public holiday in Germany.
Asian stock markets closed higher with financials up on easing fears about the future of German giant Deutsche Bank after a source said it was nearing a deal to slash a multi-billion-dollar US fine.
In Japan, the Nikkei ended 0.9 percent higher, with investors brushing off the closely watched Tankan survey showing Japanese business confidence at its lowest in three years.
Hong Kong gained 1.2 percent, Sydney closed 0.8 percent higher and Jakarta put on 1.3 percent. There were also strong gains in Taipei and Manila.
Investors also welcomed the weekend release of a gauge of Chinese factory activity that indicated continued improvement in the world’s number two economy.