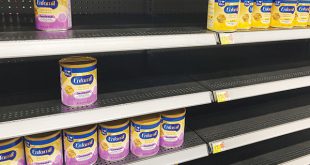 Baby-formula shortage spurs US to prod Abbott over access 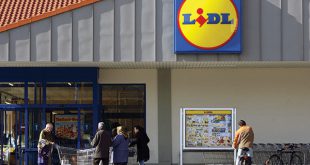 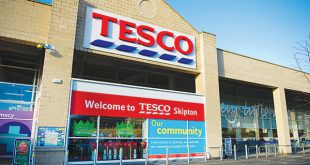 Russian holding company Sistema said it is in talks with private investors about selling a further stake in children’s goods retailer Detsky Mir.
Sistema, which has said it plans to list the unit, sold a 23.1 percent stake in Detsky Mir to the Russia-China Investment Fund (RCIF) for 9.8 billion roubles ($143 million) in December, valuing the retailer at 42.2 billion roubles. “We probably have missed the spring window (for share placement), we are still looking into the autumn window and we are also negotiating with a number of private parties who are interested to increase or buy one more private stake in the company,” Sistema’s Chief Executive Mikhail Shamolin told a conference call with analysts.
Detsky Mir’s sales jumped 33 percent last year to 60.5 billion roubles and its adjusted operating income before depreciation and amortisation increased 39 percent to 6.2 billion roubles.
It paid a record 3 billion roubles in dividends in 2015 and opened 104 new stores, its fastest pace ever.
“We want to get a very good multiple because the asset is in a very good shape, it’s still growing, it’s taking market share from competitors, we have plans to essentially double the number of Detsky Mir stores,” Shamolin said.
He also said Sistema had “quite an extensive M&A pipeline” in the agricultural sector, having made three deals in 2015 with a view to increase production, its land bank and exports.
It would continue to invest in undervalued agricultural assets and this business should contribute 5-7 billion roubles to the group’s core earnings in 2017-2018, he said.
Another priority for Sistema is increasing returns to shareholders, Shamolin said.
“We are contemplating enhancing our dividend policy this year … We want to bring it much more in line with market practices which in turn should increase returns to shareholders. We anticipate these changes to be finalised, approved and announced in the next few months,” he added.
Sistema, which is 64.2 percent owned by board Chairman Vladimir Yevtushenkov, paid 4.5 billion roubles in dividends last year, and Shamolin said it would pay more in 2016.
Earlier on Thursday, the company reported that it had cut net losses in the fourth quarter and returned to profit in 2015 when its revenues increased 9.7 percent to 708.6 billion roubles.
However, it is trading with a significant discount to the sum of its parts. On Thursday, Sistema’s market value stood at 165 billion roubles, while its 51.5 percent stake in Russia’s top mobile phone operator MTS was worth more than 240 billion roubles.