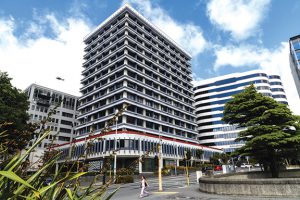 It led the world with inflation targeting, but New Zealand’s central bank (RBNZ) is no pioneer for women.
The Reserve Bank has released its gender pay gap for the first time, revealing a gulf that’s more than twice the size of the shortfall in the nation’s public service as a whole.
As at June 30, the average gender pay gap at the RBNZ was 21%, the bank said in response to an Official Information Act request from Bloomberg News. If the remuneration of Governor Adrian Orr, who earns about NZ$790,000 ($530,000) a year, is excluded from the calculation, the gap was 19.4%. The RBNZ said it was unable to provide any historical data because it only started calculating the gap this year.
The bank’s lack of action contrasts with government efforts under Prime Minister Jacinda Ardern, who pledged to seek equal pay for women when she came to power in 2017. Last month, Minister for Women Jan Tinetti announced that the gender pay gap in the public service had dropped to 8.6%, the lowest ever recorded and down from 12.2% in 2018.
Since becoming the first country in the world to give women the vote in 1893, New Zealand has been something of a trailblazer for their equal rights. Ardern is the country’s third female prime minister, while current Governor General, Chief Justice and Treasury Secretary are all women.
But the Reserve Bank — renowned internationally as the pioneer of inflation targeting — remains dominated by men. Unlike the US Federal Reserve and the European Central Bank, it has never had a female governor or deputy governor.
The RBNZ said there is no meaningful pay gap between its male and female staff in similar jobs at similar levels of experience. That indicates the pay gap is the result of men holding more senior positions. The bank employs about 235 men and 180 women.
In its response to Bloomberg, the RBNZ said it is committed to reducing its gender pay gap “and taking steps to better reflect the society we service.”
“We are aware one of the key drivers of the GPG is the underrepresentation of women in more senior roles” and this is “an issue which we are committed to addressing,” it said.
Orr is currently overhauling the RBNZ’s management structure. Four of the bank’s seven assistant governors will be women when two recent appointments take up their roles next year, with one position still to be filled.
Public service institutions are now expected to publish their gender pay gaps and the progress made on closing them. The RBNZ proposes to start publishing its data next year.
The only government department with a higher gender pay gap than the RBNZ is the Ministry of Defence, at 24.5%.
The Reserve Bank of Australia also compares favourably with the RBNZ. Its gap was 14.5% in 2020, according to the latest available data.
It has been publishing a pay gap since 2018.
New Zealand ranked fourth out of 156 countries in the World Economic Forum’s Global Gender Gap Report for 2021, well ahead of Australia in 50th place.
New Zealand’s national gender pay gap, which is calculated using the median rather than the average, is currently 9.1%. The RBNZ’s median gap was 24.1%.