Peru’s Sol surges the most as investors cover shorts 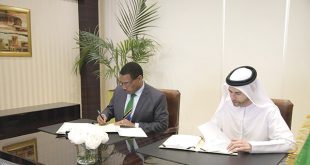 Peru’s sol surged the most in almost seven years as a rally in emerging-market currencies erased its losses for this year and prompted traders who had wagered on declines to reverse their bets.
The sol rose 2.1 percent to 3.354 per dollar at the close of trading in Lima, its biggest one-day advance since May 2009, according to Datatec prices. The sol posted gains in 12 of the past 13 trading sessions as a rally in prices for the commodities it produces and improving sentiment toward emerging markets propelled gains.
Prices for copper, Peru’s biggest export, gained Friday on pledges for more stimulus from the European Central Bank and as oil rebounded to above $40 a barrel, spurring a gain in emerging-market stocks and currencies. The recent rally brought the sol back from a 13-year low and has been a surprise for traders who sold the currency short, spurring them to buy soles to cover their bets, according to Pedro Tuesta, a Washington-based Latin America economist at 4Cast Inc.
“It’s a phenomenon seen in many countries where the market was short in domestic currencies,” Tuesta said in an e-mail.
The stronger sol has damped the outlook for inflation and was among the reasons for the Peruvian central bank’s decision to keep its benchmark rate unchanged on Thursday, Adrian Armas, the monetary authority’s chief economist, told reporters. Ten of 14 economists surveyed by Bloomberg expected the central bank to raise the rate by a quarter point to 4.5 percent while four analysts forecast no change.