PepsiCo’s Quaker sued for not flagging pesticide in oatmeal 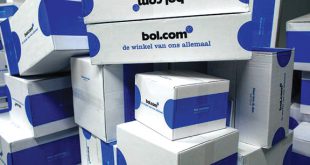 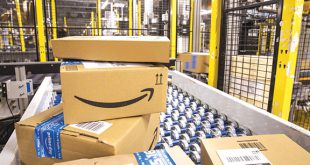 Consumers in New York, California and Illinois sued PepsiCo Inc.’s Quaker Oats for false advertising, claiming the brand’s signature product contains a possible carcinogen that is not listed as an ingredient.
The plaintiffs say in court documents that the company’s oatmeal has glyphosate, an herbicide the World Health Organization declared a probable carcinogen last year, although an Environmental Protection Agency committee disagreed in a preliminary review. The consumers say that oat farmers use the chemical as a weed killer and a drying agent that is sprayed before harvest.
While the suits say there is nothing illegal about the company’s use of glyphosate, the consumers say the product’s “100% Natural” promise and its label are misleading. The suits were filed by mostly the same lawyers.
“Quaker knows that consumers seek out and wish to purchase whole, natural foods that do not contain chemicals, and that consumers will pay more for foods that they believe to be natural,” according to the complaint in federal court in Brooklyn, New York. It went on to fault the company for deceiving consumers “about the nature, quality and/or ingredients of its Quaker Oats.”
The consumers, whose suits are seeking group status, want PepsiCo to issue refunds. A company spokeswoman, Aurora Gonzalez, said, “We don’t comment on pending litigation.”

Health Claims
In 1997, Quaker Oats oatmeal became the first food product to be allowed by the Food and Drug Administration to carry the claim that it was healthy, according to a studythat examined the marketing of health foods. The lawsuits claim that the brand’s wholesome image of a Quaker man in a Colonial-era hat misleads consumers into thinking the oatmeal is “old-fashioned” even though testing found it contained a “modern biocide.”
Researchers have found traces of glyphosate, the world’s most widely used herbicide, in products as varied as German beer, British bread and French panty liners. The WHO’s classification of glyphosate as a “probable” carcinogen has spawned personal injury lawsuits against Monsanto Co., which markets the chemical under the brand name Roundup.
Monsanto did not immediately respond to phone and e-mail requests for comment. It has said it “strongly disagrees” with the findings by the WHO’s International Agency for Research on Cancer. “Regulatory agencies have reviewed all the key studies examined by IARC — and many more — and arrived at the overwhelming consensus that glyphosate poses no unreasonable risks to humans or the environment when used according to label instructions,” the company says on its website.
After the WHO report, the European Food Safety Authority determined in a November 2015 assessment that the compound was unlikely to cause cancer.

On Friday, preliminary documents inadvertently posted on the EPA’s website said the agency also agreed that it was not likely a carcinogen. The documents have since been taken down because the assessment isn’t final, an EPA spokeswoman said in an e-mail.
A lawyer for the consumers in New York said conflicting rulings from government agencies will not affect the Quaker suit because their complaint centers on advertising claims rather than the levels of the herbicide in Quaker Oats.
The New York and California cases were filed April 29. Cases in Illinois were filed on Monday.