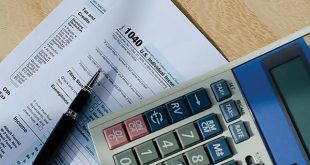 Startup Oscar Health Insurance Corp. lost $105.2 million in its New York and New Jersey businesses last year, a sign that insurers of all sizes are struggling in the new markets created by President Barack Obama’s health-care overhaul.
The losses, $92.4 million in New York and $12.8 million in New Jersey, were disclosed by Oscar in filings with state regulators. Chief Executive Officer Mario Schlosser said some of Oscar’s losses stem from the cost of starting a new health insurer. Others are tied to the same problems befalling bigger health plans: costlier customers and a shortfall in a key government program.
Schlosser said last month that Oscar is adjusting its strategy to limit costs as it enters new markets in California and Texas. The insurer — valued at $2.7 billion in its latest round of funding, according to a person familiar with the matter — has struck deals with limited groups of hospitals and doctors, rather than offering broad networks like traditional insurers. Oscar has also been narrowing its network in New York, and Schlosser said the company is getting better prices for some services as its membership increases.
“We don’t see anything right now, really nothing whatsoever, that would suggest that this is not a viable market,” he said.
Oscar, which recorded $127.3 million in 2015 net premiums, was founded to sell insurance in the new individual markets created by the 2010 Patient Protection and Affordable Care Act, or Obamacare. Those markets are proving to be challenging even for well-established insurers like Aetna Inc. and UnitedHealth Group Inc., which posted 2015 losses in their ACA businesses and said customers turned out to be sicker than the companies expected.
By one common measure of health insurer margins, known as the medical loss ratio, Oscar struggled in New York, where the company ended 2015 with about 52,800 members. The company spent more on medical costs alone than it took in in premiums. Insurers typically target spending about 85 percent of their premiums on medical costs, leaving the rest for administrative expenses and profit. In New Jersey, where Oscar had about 2,800 members, the company’s medical-loss ratio was in line with that target. Losses in that state stemmed from administrative spending and startup costs.
Oscar expanded into Los Angeles, Dallas and San Antonio this year and has said it signed up about 145,000 customers across all of its markets. Schlosser estimated that the cost of entering a new market is about $10 million to $20 million.