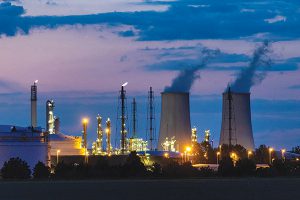 Oil jumped after a reading on US consumer inflation expectations was revised lower, adding optimism to crude’s demand outlook.
West Texas Intermediate traded above $108 a barrel, erasing much of this week’s loss. Friday’s rally comes as the University of Michigan’s final June reading of longer-term consumer inflation expectations settled back from an initially reported 14-year high, potentially reducing the urgency for steeper Federal Reserve interest rate hikes.
“Crude prices were on a roller coaster ride this morning rallying after a key economic survey showed modest improvement with inflation expectations,” said Ed Moya, senior market analyst at Oanda. “Wall Street remains optimistic that inflation will improve over the next year and that is good news for risky assets, especially commodities.
In the Middle East, Murban crude was in a backwardation of more than $10 over its nearest two months, an unprecedented value that indicates major supply scarcity.
Still-high refined product prices also pointed to a continued demand pull, suggesting that the recessionary fears that have weighed on prices for much of this week aren’t yet rippling through to the pump.
Oil’s rally went into reverse earlier this month on escalating concern over a global slowdown as central banks, including the US Federal Reserve boosted interest rates to quell raging inflation. Prices have sunk despite signs that energy markets remain tight in the near term as the war in Ukraine drags on and supply risks persist. Still, key timespreads remain elevated.
That in part reflects still-strong demand for real-world barrels. Cargoes for Asian buyers are fetching giant premiums to their benchmarks for August loading, signaling confidence in demand over the next few months.