‘No foreign powers should have say in Syria peace talks’ 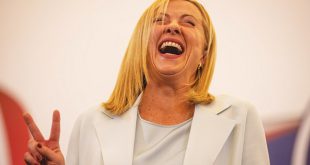 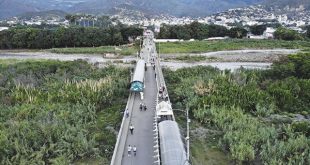 No foreign power should be permitted to interfere in the ongoing Syrian peace talks in Geneva, the lead government negotiator said, denying that high-level US-Russian meetings in Moscow will impact the process.
“When we say that the dialogue must be between Syrians, without outside intervention, this also applies to the Russians and Americans,” Bashar Al Jaafari said.
His comments came as US Secretary of State John Kerry was heading to Moscow for talks with President Vladimir Putin and Foreign Minister Sergei Lavrov, hoping to build momentum for the Syrian peace drive.
Negotiations in Geneva, entering their 10th day on Wednesday, were rattled last week by Russia’s surprise decision to withdraw most of its troops from Syria, a move experts have said could help the peace drive by weakening Assad’s position.
But Jaafari, who serves as Syria’s ambassador to the UN in New York and as the lead government negotiator in the talks, said that believing that Moscow can pressure its historic ally in Damascus amounted to a “misreading” of the situation.
“If any pressure should be applied, we hope it will be applied by the United States on the armed groups sponsored by Qatar, Turkey and Saudi Arabia to help move the discussions forward,” he said.
The meetings in Moscow on Thursday are expected among other things to touch on a partial, fragile ceasefire declared on February 27, which has raised hopes for an end to the five-year Syrian conflict that has killed more than 270,000 people and forced millions to flee their homes.
There is much anticipation around what signals Russia will send, since it is considered to hold significant sway over its ally Damascus.
Russia intervened militarily in Syria last September at President Bashar Al Assad’s request, allowing the regime to retake significant territory it had lost to various armed opposition groups.
And while Russia has been withdrawing troops, it remains unclear how much pressure Moscow is willing to apply, with Putin stressing the country can ramp up its military presence in Syria again “within hours” if needed.

‘No common vision’
UN mediator Staffan de Mistura, who has been shuttling between the sides in the indirect negotiations, has meanwhile voiced cautious criticism of the regime delegation for sticking to declarations on principles and not making concrete proposals on the thorny issue of political transition in Syria.
“We are beginning to exit the impasse on form but not on content,” Jaafari acknowledged.
But he insisted that “we are close to breaking the ice that covered the previous round of discussions,” which were aborted before ever beginning in earnest in early February.
And he admitted “there is no common vision on the question of political transition.”
Assad’s fate has been a key obstacle in the latest talks, with the government stubbornly insisting any discussion of him leaving is “excluded” and the opposition saying any talk of allowing him to stay is “absolutely unacceptable”.

Regime forces at entrance to IS-held Palmyra
Syrian pro-government forces advanced to the edge of the famed ancient city of Palmyra on Wednesday, eyeing a major symbolic victory over the IS extremist group, a monitor said.
“The regime forces are now two kilometres away on the south side and five kilometres away on the west side,” Syrian Observatory for Human Rights director Rami Abdel Rahman said. IS seized the city in May last year, sending shock waves around the world as the group demolished some of the most treasured monuments of its UNESCO-listed World Heritage Site.
Regime forces launched an offensive to retake the city at the start of the month backed by heavy Russian air strikes.
Moscow said last week that it was flying up to 25 sorties a day to help government forces liberate what President Vladimir Putin described as a “pearl of world civilisation”.
But IS has fiercely resisted the advance, killing at least 26 pro-government fighters on Monday alone, the Observatory said.
Aamaq, an IS-linked news agency, claimed that 30 troops were killed in an attack by an extremist suicide bomber. IS has also claimed to have killed five Russian soldiers as well as fighters of Lebanese Shiite militant group Hezbollah in the battle for Palmyra. But there has been no confirmation from Moscow of the deaths of any soldiers or even of the presence of any military advisers on the ground.
The Kremlin has said that the offensive is being carried out by the Syrian army.
Strategic prize
The recapture of Palmyra would be a strategic as well as symbolic prize for the regime.
Whoever controls the oasis city also controls the surrounding desert—an area of some 30,000 square kilometres extending to the Iraqi border.
That would cut IS’s area of control from some 40 percent of Syrian territory to 30 percent, according to the Observatory.
Global concern for Palmyra’s magnificent ancient ruins spiked in September 2015, when satellite images confirmed that IS had demolished the famed Temple of Bel as part of its campaign to destroy pre-Islamic monuments it considers idolatrous.
UNESCO described the temple as one of the best preserved and most important religious edifices of the first century in the Middle East.
In October, the extremists blew up the Arch of Triumph, dating from between 193 and 211 AD, as they pressed a campaign of destruction that UNESCO has said constitutes a war crime punishable by the International Criminal Court.
The extremists have waged a sustained campaign of destruction against heritage sites in areas they control in Syria and Iraq and in August last year beheaded Palmyra’s 82-year-old former antiquities chief.
The city was a major centre of the ancient world as it lay on the caravan route linking the Roman Empire with Persia and the east.
Situated about 210 kilometres (130 miles) northeast of Damascus, it drew some 150,000 tourists a year before it became engulfed by Syria’s devastating civil war.