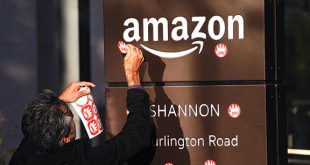 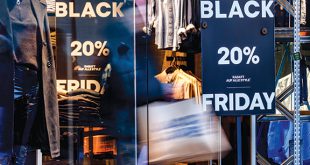 Next Plc, the British clothing retailer, cut its sales forecast for the second time this year after reporting first-quarter revenue that missed estimates on unfavorably cold spring weather, sending another chill over the embattled UK apparel sector.
Next now expects full-year sales to fall within a range of negative 3.5 percent and 3.5 percent growth due to weaker demand for clothing, the Leicester, England-based company said in a statement on Wednesday. Sales under the Next brand declined 0.9 percent in the period ended May 2, missing analysts’ estimate for unchanged sales. The shares fell 1.6 percent in early London trading.
The company had already reduced its guidance on March 24 as the outlook for consumer spending worsened. Chief Executive Officer Simon Wolfson has said that this may be the toughest year for Next since 2008, likening the environment to ‘walking up the down escalator’. The company’s comments on Wednesday add fresh concerns over the outlook for UK retailers, who’ve been dogged by falling consumer confidence and uncertainty around Britain’s upcoming referendum on leaving the European Union.
“Concerns around Brexit, a slowing labour market and lackluster wage growth are weighing on the minds of consumers,” said Richard Lim, CEO of Retail Economics.
“Shoppers have cut back on discretionary spending and clothing retailers are feeling the brunt,” added Richard.
Next, which forecast in January that sales might rise as much as 6 percent, said the poor performance of the last six weeks may be indicative of weaker underlying demand for clothing and a potentially wider slowdown in consumer spending.
Those concerns have also hurt competitors such as Marks & Spencer Group Plc and discount apparel chain Primark, and contributed to the recent collapse of Britain’s BHS department-store chain.
“We believe it is unlikely (but possible) that sales will deteriorate further, and we have seen a significant improvement over the last few days as temperatures have risen,” Next said in the statement.
“The weather is finally going the right way but the customer might yet hold off buying her beachwear,” said James McGregor, a partner at consultant Retail Remedy.
Next shares have fallen by a third over the past twelve months, a steeper decline than Britain’s benchmark FTSE Index.
Next, is a British multinational clothing, footwear and home products retailer headquartered in Enderby,Leicestershire. It has around 700 stores, of which 502 are in the UK and Ireland,and around 200 are in continental Europe, Asia and the Middle East.
Next is the largest clothing retailer by sales in the United Kingdom, having overtaken Marks & Spencer in early 2012 and 2014. It is listed on the London Stock Exchange and is a constituent of the FTSE 100 Index.