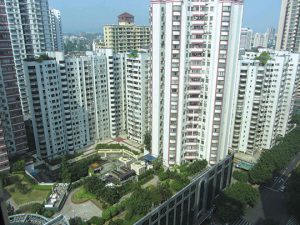 There’s been a discouraging development for renters who gave up on buying a house earlier this year because of dwindling inventory and rising prices, thinking they’d wait until things cooled off: The housing market is surging again. But why is it upshifting during what should be the slowest time of the year? One answer is rising prices in the rental market.
Leases that are coming up for renewal now were signed at the end of 2020, before rents exploded higher. That’s renewing interest in home buying, essentially pulling the 2022 spring homebuying season forward by several months. If there’s a silver lining for renters, it’s that the cycle might relieve some of the upward pressure on rents that we’ve seen for most of the year.
From May until September, we had a lot of evidence that the housing market was normalising somewhat after a pandemic-fueled year of buying. The price of lumber fell by over 70% after setting an all-time high in early May. In July, mortgage applications hit their lowest level since the spring of 2020. In August, the National Association of Home Builders sentiment index hit its lowest level in a year. By the end of September, it was reasonable to think that the pandemic had pulled forward a lot of housing demand, but that high prices, supply chain constraints and a gradual return to pre-pandemic behavioural patterns were slowing bring normality back to the housing market.
That thesis is looking pretty shaky based on what we’ve seen since then. Mortgage purchase applications have picked up again; on a seasonally-adjusted basis, the end of November was the strongest we’ve seen since February. Home-buying sentiment bounced back sharply since the dip in August, and is back at levels seen in April and May. Seemingly out of nowhere, lumber prices are surging again, doubling since the middle
of November. Homebuilder stock prices are setting all-time highs. And inventory levels of homes for sale are plunging again.
Now think about what’s happened in the rental market over the past 18 months. At the onset of the pandemic, vacancy rates rose and rents fell due to a combination of people buying houses and, perhaps, moving in with family during the height of uncertainty before vaccines were available. Around the beginning of this year, apartment vacancy rates began falling and rents began normalising — and then they skyrocketed as people flocked back to cities, with their incomes and balance sheets boosted by multiple rounds of fiscal stimulus and a robust job market.
Renters with the best timing signed their one-year leases towards the end of 2020 when rents were at their lowest point, locking in low rates for the next 12 months. But as those leases come up for renewal, some tenants are getting shocked by rent increases as much as 50% higher. It’s no wonder some would rather try to buy a house than pay that much more in rent.
This should shift our thinking about the interplay between the home-buying and rental markets in the first half of 2022 and what it might mean for inflation. The run-up in the housing market in the early part of 2021 made renting look more attractive than buying. Now, as annual leases come due at much higher rents, there’s going to be renewed upward pressure on housing until rents fall back in line. To the extent this latest shift towards buying leads to higher rental vacancy rates and slower rent growth, it’s good news for inflation — though that probably won’t be seen until the middle of next year after all of the underpriced rental leases get renegotiated.
As long as job growth and wage growth remain strong — and until the US figures out a way to increase housing production in a significant way — this might just be the new pattern for housing: an endless rotation between jumps in home prices and rents depending upon which market is more out of balance.