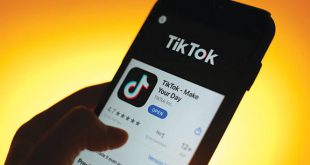 Netflix released a new tool to help people viewing streamed television shows on mobile devices avoid costly bills for high data use.
The move comes shortly after Netflix expanded its service to nearly every country on the planet, wooing potential subscribers in vast array of places where smartphones are preferred devices for connecting to the Internet.
“As we have launched Netflix around the world, we have seen big differences in how much people are streaming on smartphones and what kinds of mobile data plans they have,” Netflix director of product innovation Eddy Wu said in a blog post.
“Today, we are offering a new tool to help you better control how much data you use when streaming on cellular networks.”
A default setting in Netflix applications will let people stream about three hours of shows or films per gigabyte of data, aiming to deliver good video quality in the process.
“Our testing found that, on cellular networks, this setting balances good video quality with lower data usage to help avoid exceeding data caps and incurring overage fees,” Wu said.
People who don’t have to worry about data caps can adjust the Netflix setting to stream shows or films at higher rates.
“Our goal is to give you more control and greater choice in managing your data usage whether you’re on an unlimited mobile plan or one that’s more restrictive,” Wu said.
Streaming Netflix shows using Wi-Fi hotspots would not be effected by the setting. Netflix memberships grew a record high 6.74 million in the first three months of this year, hitting 81.5 million worldwide, with some 42 percent of those outside the United States, the company reported.
The streaming television pioneer in January significantly expanded its global footprint to 190 countries, making its Internet TV service available in 130 new markets including India — but not China.
Netflix, which began as a mail-order DVD service but is now producing award-winning original content alongside its offering of older shows and movies, launched in 2007.
Netflix co-founder and chief executive Reed Hastings called it the birth of a ‘global Internet TV network.’