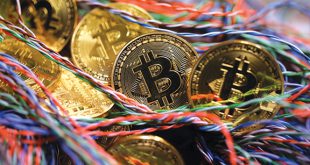 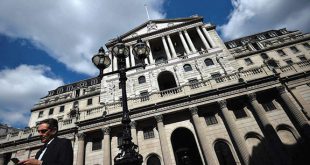 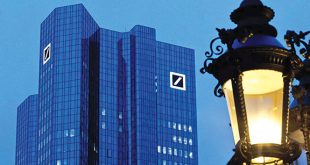 Negative interest rates, one of the latest central bank experiments to goad economies back into growth, got low marks at a financial and economic conference along Lake Como.
Richard Koo, the chief economist at Nomura Research Institute, said such rates were “intellectually bankrupt.” Olivier Blanchard, the former chief economist at the International Monetary Fund in Washington, said they interfere with banks’ business in “very complex” ways.
The Bank of Japan (BOJ) surprised markets by adopting negative interest rates in January, more than a year and a half after the European Central Bank (ECB) became the first major institution of its kind to venture below zero. The ECB reduced its deposit rate further to minus 0.4 percent in March.
The BOJ’s decision to adopt negative rates has failed to rein in the currency’s 11 percent rally this year. Thomas Kressin, Munich-based head of European foreign exchange at Pacific Investment Management Co. said that the policy has “backfired.”

Side Effects
Blanchard said central banks should focus on quantitative easing rather than rate cuts if more stimulus is needed to boost their economies. He also said it’s too early to make a final judgment on negative rates, and they have side effects.
“I don’t like it, I think it interferes with the business of banks in ways that are very complex,” said Blanchard, now a senior fellow at the Peterson Institute for International Economics in Washington. “If they do something on the macro side, I much prefer what we now call regular QE.”
Nouriel Roubini, co-founder and chairman of Roubini Global Economics, said that negative rates “are becoming counter-productive.”
“We are reaching the limits of what monetary policy can do and we have to have the use of fiscal policy.” Roubini said.
Even ECB Executive Board member Yves Mersch said that policy makers appreciate the complexity of negative interest rates.
“The public might even consider that further cuts would announce further doom down the road,” Mersch said.