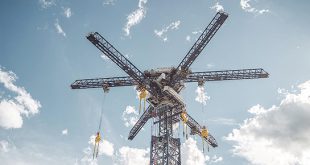 NATO on Thursday overcame sharp differences between long-time rivals Greece and Turkey to finalise an unprecedented mission to tackle migrant smugglers in the Aegean Sea.
US-led NATO launched the operation two weeks ago, aiming to help the EU cope with its worst migrant crisis since World War II, but longstanding disputes between Athens and Ankara over Aegean airspace and territorial waters held up agreement on the operational
details.
After lengthy talks late Wednesday, the 28-nation alliance said it had agreed the modalities as to where, when and how the naval force of around five ships, including from Greece and Turkey, will operate.
“Our commanders will decide the area where they will be operating, in coordination with Greece and Turkey. NATO vessels can deploy in the territorial waters of Greece and Turkey,” a NATO statement said.
“Greek and Turkish forces will not operate in each other’s territorial waters and airspace,” it said.
Greek Defence Minister PanosKammenos said last week Athens had asked for this provision “so that NATO and the operation are not embroiled in differences we were sure Turkey would seek to raise.” “We never said we resolved Turkey’s absurd demands in the Aegean (with this operation),” Kammenos said.
The NATO force will conduct reconnaissance, monitoring and surveillance to provide information to Greece, Turkey and the EU’s border agency Frontex so that they can deal with the traffickers.
“NATO’s task is not to turn back the boats. We will provide critical information to enable the Greek and Turkish coastguards, as well as Frontex, to do their job even more effectively,” the statement said.
Another sticking point had been what to do with any migrants in distress that NATO vessels would be obliged to rescue under the law of the sea.
Normally, a migrant picked up in this way could claim asylum in the home country of the vessel concerned but in this case, if the person has travelled via Turkey, they will be taken back to Turkey, the statement said.
More than a million migrants fleeing war in Syria and upheaval across the Middle East, Asia and Africa landed in the European Union last year, the bulk of them making the perilous journey across the Aegean from Turkey to Greece.
The EU agreed an action plan in November with Turkey to halt the flow but the numbers have fallen only slightly and are expected to increase again in the summer, fuelling sharp divisions within the bloc over what to do next.