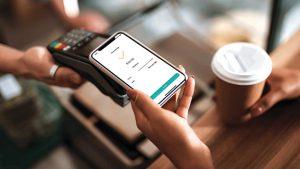 Mastercard Inc is facing pushback from retailers over a new product that allows customers to pay off their purchases in installments.
The payments giant has begun telling merchants and their banks that it will charge retailers 3% of a purchase price each time a consumer opts to use the new program, according to people familiar with the matter. Retailers will be automatically enrolled for Mastercard’s new buy-now, pay-later service, though they will have a chance to opt out.
The price tag came as a surprise to some of the country’s largest retailers, many of which have already negotiated separate deals with credit-card issuers and buy-now, pay-later providers that may limit them from offering competing services to their customers. Others, however, are embracing the new service, given that the 3% cost, while higher than any of Mastercard’s normal rates for accepting credit cards, is less than what most standalone buy-now, pay-later providers charge for their products.
“The promise of BNPL will fully be realised when everyone benefits — lenders, merchants and, ultimately, the consumer,” Chiro Aikat, executive vice president for products and engineering at Purchase, New York-based Mastercard, said in an emailed statement. “When we built our program last year, we were deliberate in enabling another seamless and transparent way to pay, with the same levels of trust and security that’s expected from Mastercard.”
The conflict is the latest episode in the long-running drama between retailers and Mastercard and rival Visa Inc. Merchants have grown increasingly vocal about the cost of accepting electronic payments, with processing fees soaring to $137.8 billion last year alone, according to industry publication The Nilson Report.
Mastercard debuted installments program last year as part of the networks’ response to a surge in consumers’ interest in splitting up the cost of their purchases. The move came after financial-technology firms focused on the buy-now, pay-later space — firms such as Afterpay and Klarna — had already siphoned away as much as $10 billion in annual revenue from banks,
according to McKinsey & Co.
By the time it was ready to announce the new service, Mastercard had already partnered with lenders including store-card provider Synchrony Financial and Barclays Plc’s US card unit to develop the new product. The idea was that those lenders and others, along with fintech upstarts and firms that offer digital wallets, would be able to approve consumers for an installment loan before a purchase or offer the option during checkout.
Within months, Mastercard announced that retailers including Walgreens Boots Alliance Inc., American Airlines Group Inc. and Bass Pro Shops had agreed to work with the network on launching the new service. In June, technology giant Apple Inc. announced it would use Mastercard for its new Pay Later product.
“By using the Mastercard network, Apple Pay Later just works with Apple Pay and requires no integration for merchants,” Apple says on its website.
Still, other retailers — some in the fast-food industry, along with gas stations and convenience stores — have told the network in recent months that they’re opting out of offering the new service, according to some of the people familiar with the matter, who asked not to be identified discussing internal discussions. In most cases, that was because retailers worried about their customers taking out installment loans to pay for smaller purchases, the people said. They didn’t want consumers to become dissatisfied paying off a tank of gas or meal months after it was gone.
Mastercard said it would compile a list of those merchants that have opted against accepting the new service, but some retailers bristled at that idea, fearing it might drive customers away. Instead, Mastercard will inform card issuers which retailers have opted out of the service so they don’t promote or authorise those transactions from those merchants, according to one of the people. Digital-wallet providers won’t make the option available when customers check out at those retailers, the person said.
Mastercard and Visa have long faced ire from merchants because they set the fees retailers are charged each time a consumer swipes one of their cards at checkout. Banks collect the bulk of those so-called swipe fees before handing over a slice of them to the two payments giants.
Merchants were handed a recent win in the battle over swipe fees when two US senators introduced legislation that would give merchants the ability to route credit-card transactions over alternative networks. The move came after Visa and Mastercard introduced a series of changes to swipe fees earlier this year, sparking outcry among retailers who say they’re already dealing with the effects of inflation at a 40-year high.
“This carries all kinds of new dimensions that go beyond the frustrations with credit cards,” Doug Kantor, general counsel for NACS, a trade group representing the convenience-store industry. “It’s definitely a source of frustration. Nobody should be automatically opted into any service in this context. And, frankly, the service that they’re offering doesn’t make sense for lots of retailers.”