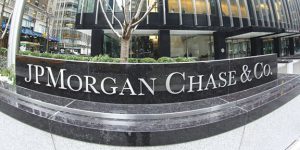 JPMorgan Chase & Co is preparing to pay roughly $200 million to resolve the US regulatory investigations into the lapses over monitoring the employee
communications.
A settlement with the Securities and Exchange Commission (SEC) and Commodity Futures Trading Commission (CFTC) could be reached before year-end, according to people familiar with the matter, although the figure is preliminary and could change. SEC commissioners have yet to vote on resolving the matter, one of the people said.
The unusually stiff sanctions for lax surveillance serve as a warning for the financial industry under the new regulatory regime.
Wall Street firms are required to scrupulously monitor communications involving their business. That system, already challenged by the proliferation of mobile-messaging apps, was strained all the more as firms sent workers home shortly after the start of the Covid-19 outbreak. Investigators have been looking into JPMorgan’s compliance leading up to and during the pandemic.
Earlier this year, JPMorgan ordered traders, bankers, financial advisers and even some branch employees to dig through years of messages on personal devices and set aside any related to work, Bloomberg reported in June. One of the internal notices directed recipients to root through their messages since the start of 2018 and save those related to work until the company’s legal department instructed them otherwise.
JPMorgan, the biggest US bank, disclosed in an August filing that it had been responding to requests for information “concerning its compliance with records preservation requirements in connection with business communications sent over electronic messaging channels that have not been approved by the firm.”
The bank said at the time that it was engaged in “certain resolution discussions” with regulators. In a subsequent filing last month, it characterized those talks as “advanced resolution discussions.”
In both instances, the New York-based firm said there was no guarantee that a settlement would be reached.