Japan housing market may get boost from negative bank rate 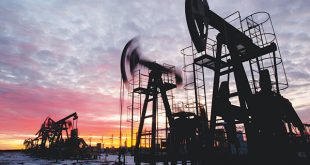 The Bank of Japan’s adoption of negative interest rates two weeks ago hasn’t provided a lasting boost to stock investors or weakened the currency, but it has spurred some optimism for the housing market.
With interest rates and bond yields dropping to record lows due to the BOJ’s decision, the Japanese people are starting to notice. Shinsei Bank Ltd. saw a four-fold jump in inquiries about home loans after it cut some mortgage rates for a second time in February.
Takeshi Tokusho, a 29-year-old company worker in Tokyo is among the prospective customers who have converged on Shinsei. “This is a chance to buy,” said Tokusho, who is thinking of taking advantage of lower borrowing costs to purchase a high- rise apartment in one of the city’s bayside neighborhoods. “It’s good timing.” One thing that stands out to Shinsei is that it is getting a great deal of inquiries from people seeking to refinance loans, and not just from the kinds of customers who are always monitoring rates. “The negative-rate policy is increasing interest from people who haven’t really thought about refinancing loans before,” said Kazumi Tanegashima, a general manager in the bank’s housing loan
division.
How far this all goes will depend on inquiries turning into actual lending and on whether other banks will follow Shinsei’s move. Japanese banks usually review their housing loan rates once a month and the three biggest banks haven’t reacted to the BOJ yet.
Cheaper borrowing costs may combine with a increase in home sales expected later this year to help stimulate a market that had shown signs of weakening in recent months.
Consumers rushed in to make big-ticket purchases of everything from condominiums to cars ahead of a sales-tax increase in 2014. Although the effect this year isn’t expected to be as large, there’s likely to be some strength ahead of the next tax-rise planned for April 2017. “We don’t expect the front-loaded demand to be as high as it was in 2014, but home loan rates will fall due to the negative rate, and that is good for companies in the housing industry,” Hideki Kobori real-estate developer said.