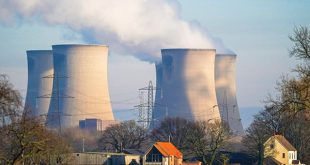 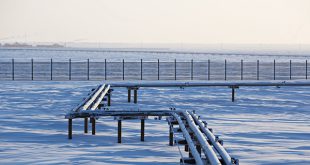 Iran’s total crude oil and condensate sales likely reached around
2.8 million barrels per day in September, two sources with knowledge of the matter said, nearly matching a 2011 peak in shipments before
sanctions were imposed on the OPEC producer.
The run-up from shipments of around 2.5 million bpd in August comes mainly from condensate, a light oil excluded from OPEC
supply quotas that is often produced with natural gas and can be used to make naphtha for petrochemical production.
Iran sold 600,000 bpd of condensate for September, including about 100,000 bpd shipped from storage, to meet robust demand in Asia, the two sources said. September crude exports increased slightly from the previous month to about 2.2 million bpd, they said.
Iran, along with Libya and Nigeria, is allowed to produce “at maximum levels that make sense” as part of any output limits in a surprise deal reached last week by the Organization of the Petroleum Exporting Countries (OPEC).
Still, the Middle Eastern producer has surprised the market by ramping up its oil output faster than expected, to 3.63 million bpd in August, according to OPEC, up a quarter from end-2015 since sanctions were lifted in January.
“Iran cannot produce much more than the present, so around 3.7 million bpd may be the max,” said Fereidun Fesharaki, chairman of consultancy FGE. Even if Iran’s output hit 3.8 million bpd – as an oil official said it had in September – it would not be able to sustain that volume as decline rates at its oilfields are about 400,000 bpd each year, Fesharaki said.
National Iranian Oil Co (NIOC)
officials did not immediately respond to an emailed request for comment. Iran has said it plans to raise its output to 4 million bpd, although other analysts agreed production has probably peaked for now because investments to pump out more oil are lagging.

SOUTH PARS CONDENSATE TO PUSH GROWTH
Condensate instead of crude oil will drive Iran’s export growth for the remainder of 2016, thanks to developments at its giant South Pars gas field, the sources said. NIOC drew on condensate stocks from floating storage and onshore tanks in September to help meet growth in demand from China, South Korea, Japan and India.
Iranian ports loaded 2.153 million barrels of crude and 486,000 bpd of condensate in September, according to Thomson Reuters Supply Chain and Commodities Research. That put the month’s total at 2.639 million bpd – excluding the condensate loaded out of storage – up from 2.472 million bpd in August, the Reuters data showed.
Condensate sales could reach 800,000 bpd in October, in excess of production at about 550,000 bpd, one of the sources said,
suggesting further draws from floating tankers. “Korea was the main demand driver for the growth. Japanese and Indian plants were also raising imports,” said one of the two sources with knowledge of the matter from Beijing, adding that China’s Sinopec has also boosted its offtake of condensate since August.
Iran will sell another 2 million barrels, or about 66,000 bpd, of South Pars condensate each month to Hyundai Chemical in Daesan between October and December, the two sources said. Iranian condensate will meet about 70 percent of the feedstock demand at a new Hyundai Chemical splitter jointly operated by Hyundai Oilbank Co and Lotte Chemical .
A Hyundai Oilbank spokesman declined to comment. According to trade flow data on the Thomson Reuters Eikon terminal for Iran condensate that discharged in September, about one-third went to South Korea, with the rest going to the United Arab Emirates, India, China and Japan.
Iran’s South Pars condensate is usually sold at small premiums to Dubai quotes, free-on-board, much lower than Qatari condensate, which sells at premiums of $2-$3 a barrel, trade sources said.