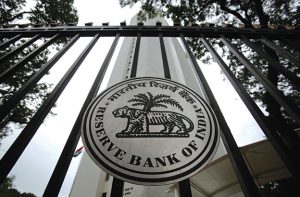 The Reserve Bank of India (RBI) said it favors a complete ban on cryptocurrencies at a meeting of its central board, the Economic Times reported, citing unnamed people familiar with the deliberations.
India’s central bank made a detailed presentation to its board highlighting “serious concerns” around the impact of cryptocurrencies on macroeconomic and financial stability, as well as the exchange management, the newspaper said.
The RBI said in June that it had “major concerns” on cryptocurrencies, which it had conveyed to the government. Its board discussed its planned digital currency and private cryptocurrencies at the meeting, the RBI said in a statement released on the same day.

‘India must accept crypto as an asset’
Cryptocurrencies should be treated as an asset or commodity in India and governed by existing laws for exchanges, a former senior central bank official said in remarks that contrast the Reserve Bank of India’s current approach to the virtual coins.
Once cryptocurrencies are accepted, rules governing commodity exchanges could apply and the coins could be used to pay for goods and services, R Gandhi, former deputy governor at Reserve Bank of India, said during an event organised by the Internet and Mobile Association of India last week. “Then automatically people can start buying, selling and holding.”
Gandhi’s comments come as the Narendra Modi government, which initially had proposed a ban on such trades, finalizes regulations for cryptocurrencies. Although the RBI has repeatedly voiced its concerns to the government over cryptocurrencies, trading in the assets surged to $6.6 billion in May, compared with $923 million in April 2020,
according to Chainalysis.
Regulators should have access to information about how much cryptocurrencies individuals hold for tax purposes and this should be shared with the exchanges, Gandhi said.