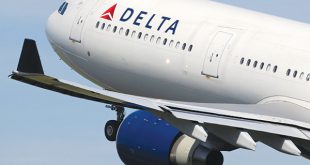 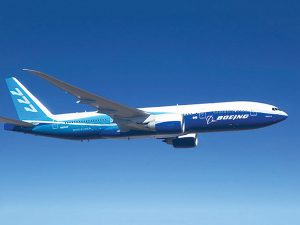 US aviation regulators have proposed modifications to some Boeing Co 777 jets to prevent engine debris from
flying loose in a failure and endangering passengers as happened in some recent incidents.
The Federal Aviation Administration (FAA) filed a pair of proposed directives in the Federal Register that would require strengthening the engine inlets and adding shielding on Pratt & Whitney engines used on 777-200 and 777-300 aircraft.
The FAA in a third airworthiness directive proposed expanding required inspections for Pratt & Whitney engines. The company is a division of Raytheon Technologies Corp.
The FAA had announced earlier this year that it was working with Boeing to develop fixes to the plane.
Only United operates 777s with Pratt & Whitney engines in the US. Most 777s have different engines that aren’t subject to the FAA proposals.
In a statement, Pratt & Whitney said the inspections ordered by the the FAA are already underway and that
the agency’s directive mirrors guidance the company has provided to customers.
“Pratt & Whitney is coordinating all actions with the FAA, Boeing, and airline operators, to ensure the continued airworthiness of the fleet,” the company said. Boeing didn’t immediately comment.