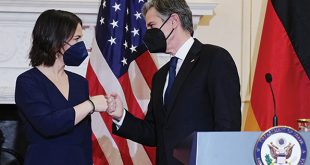 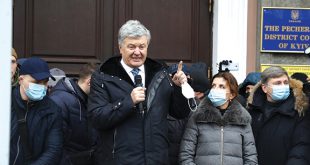 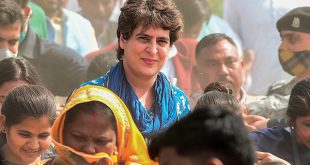 New Zealand’s main opposition National Party appointed its fifth leader in four years, choosing newcomer Christopher Luxon to restore its support and take on Prime Minister Jacinda Ardern.
Luxon, a former Air New Zealand chief executive, was elected leader by National Party members of parliament at a caucus in Wellington. The 51 year-old is the protégé of former prime minister John Key and was always tipped to be a future leader of the party, but his elevation has come much sooner than anyone expected.
National has been in turmoil since the 2017 election, when it lost power despite winning the biggest share of the vote as Ardern wooed the support of two smaller parties to form
a coalition government. As Ardern’s popularity soared, support for National slumped — aided by party infighting, a series of minor scandals and constant leadership changes.
“Today we are drawing a line under the events of the last four years, and we are putting them behind us,” Luxon told a news conference.
“If you are one of the 413,000 voters who moved away from us, my message to you is: from today, National is back.”
Luxon’s appointment comes after Judith Collins was ousted from the job last week and his rival for the role, former leader Simon Bridges, withdrew from the contest.

He must now unite the party and take the fight to Ardern’s Labour Party, which is starting to look vulnerable as people tire of Covid restrictions.
Luxon is politically inexperienced, having entered parliament only a year ago.
He had a successful career with consumer goods giant Unilever Plc before taking the reins of Air New Zealand in 2012. He left the airline in 2019, just months before the pandemic decimated the travel industry, to campaign for the Auckland seat of Botany in last year’s general election.
“I came to politics because I know how to solve problems and get things done,” Luxon said. “I have built a career out of reversing the fortunes of under-performing companies and I’ll bring that real-world experience to this role.”
Ardern was a fine communicator but “we need a leader and we need a government that’s actually going to get things done,” he said.
An evangelical Christian, Luxon defended his faith in his maiden speech to parliament and it was the first question he received in the news conference.
“My faith has often been misrepresented and portrayed very negatively,” he said. “It’s given me context and put me into context of something bigger than myself. But I want to be very clear — we have a separation between politics and faith. I am here to represent all New Zealanders.”
National had 28% support in a Colmar Brunton poll taken earlier this month compared with 41% for Labour. The next general election is due to be held in 2023. Nicola Willis was elected deputy.
“I thank my colleagues for putting their trust and confidence in me,” Luxon said. “Nicola and I are fresh new faces for a revitalised National Party. We are the reset.”