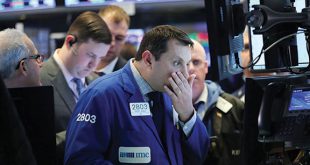 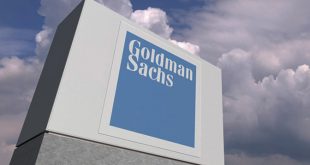 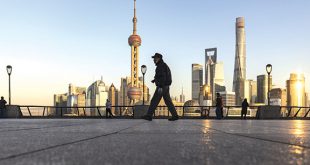 Stocks rebounded from a six-week low in Europe as gains in crude prices sent energy shares higher. U.S. equity-index futures rose and the dollar strengthened.
European equities advanced after falling the most in more than a month on Tuesday and futures signaled the Standard & Poor’s 500 Index will rise after the biggest two-day plunge in almost two months. Crude climbed for a second day after Kuwait indicated producers could reach an agreement to arrest output even if Iran doesn’t join in. The dollar gained against all but one of its 16 major peers before the Federal Reserve releases minutes of its last meeting.
Gains in energy prices helped bolster investor sentiment after almost $1 trillion was erased from global equities in the past week as concern deepened over the outlook for growth. Investors will be looking at the Fed minutes for clues as to the path of interest-rate increases after mixed signals from officials since their March meeting.
“The positive side is that commodity prices have started to rebound, but weneed more conviction behind that to really change sentiment,” said Justin Urquhart Stewart, co-founder of Seven Investment Management in London, which oversees about $14 billion. “People have started to dip into the market but they’re still unwilling to take a bigger risk. Investors want to see more evidence of economic growth.”

Stocks
The Stoxx Europe 600 Index added 0.3 percent at 7:58 a.m. in New York and S&P 500 futures advanced 0.2 percent. Total SA, Eni SpA and Royal Dutch Shell Plc fueled a gain of 0.6 percent for a gauge of European oil and gas producers.
Allergan Plc slipped 1.6 percent in early New York trading, after sinking 15 percent on Tuesday. A person familiar with the matter said Pfizer Inc. decided to terminate its $160 billion merger with the company as officials in Washington crack down on corporate inversions. Pfizer was up 1.3 percent.
AstraZeneca Plc and GlaxoSmithKline Plc were headed for the biggest gains since at least February, while Shire Plc rose 4 percent. Recent analyst notes from Jefferies Group and Bank of America Corp. have mentioned the three drugmakers as potential takeover targets should the Pfizer-Allergan deal collapse.
Barry Callebaut AG jumped 9.6 percent after the Swiss chocolate maker said first-half profit fell less than analysts had predicted. Air France-KLM Group dropped 2.1 percent after saying late Tuesday that Chief Executive Officer Alexandre de Juniac will step down by Aug. 1.

Commodities
Oil continues to exert influence over global financial markets, with Kuwait claiming a deal on output can be reached without Iran when major suppliers meet April 17. Saudi Arabia spurred a selloff earlier this week by questioning its own involvement in the freeze should Iran not take part.
“Oil is going to be very volatile in the lead up to the meeting,” said Angus Nicholson, a market analyst at IG Ltd. in Melbourne. “It’s so uncertain as to whether a deal is going to be reached.”
West Texas Intermediate crude jumped 2.8 percent to $36.89 a barrel, while Brent crude rose 2.4 percent to $38.79.
Gold retreated 0.9 percent in the spot market. Copper fell 0.3 percent, and aluminum dropped 0.9 percent.

Currencies
The Bloomberg Dollar Spot Index advanced for a third day, rising 0.3 percent. The euro weakened 0.3 percent to $1.1350 as investors await the Fed minutes, and the publication on Thursday of an account of the European Central Bank’s last policy meeting. The ECB unveiled new stimulus measures last month in a policy divergence from the U.S.
The yen was little changed at 110.4 per dollar, after climbing as high as 109.95 on Tuesday, its strongest level since October 2014. South Africa’s rand fell 0.9 percent, reversing earlier gains, after S&P lowered its growth forecast. The currency tumbled 2.1 percent on Tuesday, the most in three weeks, after lawmakers rejected a motion to impeach President Jacob Zuma and speculation grew the country’s credit may be downgraded.
Turkey’s lira dropped 0.8 percent after state-run Anadolu Agency reported Economy Minister Mustafa Elitas as saying that central bank should lower interest rates “radically.”

Bonds
The Treasury 10-year note yield climbed three basis points to 1.748 percent and the rate on similar-maturity German bunds was up two basis points to 0.121 percent.
The yield on the Bank of America Corp. Global Broad Market Index plunged to 1.3 percent on Tuesday, the lowest level in almost 20 years of data. Bonds in the gauge have returned 3.6 percent in 2016, while the MSCI All Country World Index of shares has slumped 1.5 percent, including reinvested dividends.
A third of the world’s developed-market sovereign debt has negative yields, based on Bloomberg bond indexes, after Europe and Japan cut interest rates below zero to counter deflation. Investors rushed to higher-yielding debt, fueling the global rally.
“This is a sign of global disinflation,” said Hideaki Kuriki, a debt investor at Sumitomo Mitsui Trust Asset Management, which oversees $60.3 billion. “The U.S. cannot pull up the world economy. Investors have to buy U.S. Treasuries or U.K. gilts or other high-yielding, high-quality securities.”