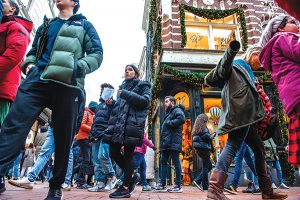 Amsterdam’s historical significance for global capitalism is hard to overstate. It created the stock market, the tulip bubble and a mega-corporation so big it had its own money, army and colony. Economists later wondered if there was something almost spiritual in the way the Dutch took to money.
That fascination ebbed as empires fell and the era of global investment banking began, pitting Wall Street against London. The messy carve-up of Dutch bank ABN Amro in 2007 signalled the party’s end. The pride of Dutch finance became tax planning, shell companies and … Shell’s companies.
Yet this year Amsterdam has enjoyed a new kind of Golden Age — financially speaking, at least, as the city slides into lockdown this winter. It’s one of several financial hubs pulling in more business after the UK’s departure from the European Union’s single market, and arguably the one that’s most outperformed expectations. Its gains could prove fleeting, though, if the rest of the continent fails to build on its success.
Royal Dutch Shell plc may be quitting the Netherlands for the UK, but plenty of financial traffic has gone the other way since Brexit. The end of unfettered EU market access for the City of London turned Amsterdam into Europe’s largest share-trading center this year, after the likes of London Stock Exchange Group and Cboe Global Markets set up new continental hubs there.
This could have been a one-off, but momentum has built elsewhere. Amsterdam was early to embrace blank-check firms, and “Dutch Star Companies One” — the first to list on Euronext Amsterdam — has been launching so-called SPACs the way “United East India Company” once launched ships. Hence the Dutch market’s record number of IPOs in 2021, raising $5 billion — the second-highest yearly haul in two decades.
If money has found a home in Amsterdam, it’s because the city is well-built, with strong transport and telecommunications links. That’s helped rev up the network effects of more trading and new corporate headquarters. Plus, English, the ultimate language of finance, is king, and it’s spoken very directly there — “bespreekbaarheid,” or speakability, signifies that everything can and should be talked about. Things aren’t quite like that in Paris.
This all makes the Netherlands sound like a hub specialised in paper-shuffling and booking trades. Yet Dutch domestic corporate champions are also booming in a post-Covid world. The strong stock-market performance of ASML Holding NV — a market leader in cutting-edge equipment for making semiconductors — and payments-processing firm Adyen show the global potential of Europe-based tech firms.
The Netherlands is the third-fastest growing European ecosystem for venture capital investing, according to analytics company
dealroom.co.
Now for the bad news. While it punches above its weight, Amsterdam is still objectively small and lags Paris and Frankfurt. The city is also known for its cap on bonuses of 20% of one’s salary, which may be why it saw no increase in millionaire bankers on its soil between 2015 and 2019.
Europe’s ambitions to compete with a still-dominant UK and a growing US and Asia will take a lot more Amsterdams. Brexit has weakened the City of London — British hedge funder Paul Marshall said the UK stock market had become a “global backwater” — but it remains Europe’s biggest financial center, bringing in 121 IPOs and $26.2 billion in 2021 (as of December 24). Western Europe, excluding the UK, accounted for only 12% of global IPOs.
And it’s hard to fully cheer when the US and Asia are extending their global lead, and when think tank New Financial estimates the EU’s market share might shrink to around 10% of global
financial activity in the
next two decades. The continent needs more research spending and more investment, and Amsterdam is no
exception.
One way for the EU to capitalise on Amsterdam’s success would be to better integrate and connect its 27 national stock markets, via a long-awaited “capital markets union.” Harmonising rules across the continent and reducing barriers to entry might allow for more household savings to be unlocked and bigger pools of investment capital to be formed. More Adyens and ASMLs might emerge organically, instead of via the current fashion for top-down industrial policy favouring big Franco-German Airbus-style ventures.
A capital markets union has been floated for decades, but Brexit makes it more urgent. It’s too early to know which city would emerge as leader in such a scenario — maybe a large capital like Paris, or maybe none at all. Until then, Europe is lucky to have Amsterdam. 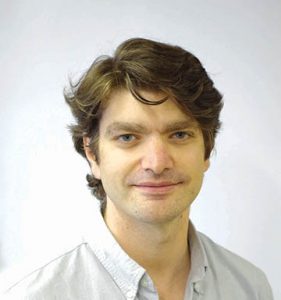 Lionel Laurent is a Bloomberg Opinion columnist covering the European Union and France. He worked previously at Reuters and Forbes