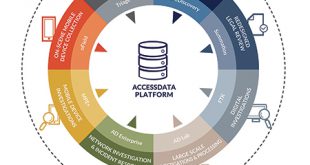 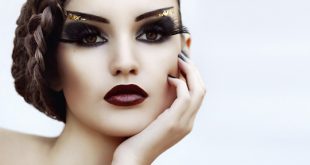 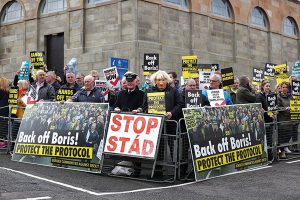 The UK is making last-minute tweaks to planned legislation to override a portion of its Brexit deal, as the European Union prepares to relaunch legal proceedings as part of the bloc’s response to the move.
The EU has drawn up a draft statement to follow a UK move, emphasizing a calm response and reiterating the need to return to negotiations, while reminding the UK that their trade agreement is predicated on the Brexit accord, according to people familiar with the issue.
The draft, which is subject to change, has been prepared by the European Commission, the EU’s executive arm, ahead of London presenting a planned bill designed to give ministers the power to unilaterally rewrite post-Brexit rules governing Northern Ireland, said the people who declined to be named on confidential preparations.
Boris Johnson plans to press ahead with the legislation, with the hope the bill will pass through the UK’s lower House of Commons before Parliament breaks at the end of July. The bill was meant to be presented this week, but last-minute tweaks by senior ministers, concerns that it breaches international law and consultations with pro-Brexit MPs have caused a delay.
Johnson’s government has long been pushing to rewrite the Northern Ireland protocol, which keeps the area in the EU’s single market while creating a customs border with the rest of the UK.
It hopes that by publishing the legislation, it will persuade the pro-UK Democratic Unionist Party to restore the region’s power-sharing executive. But the DUP wants to see tangible change before changing its position, according to one person.
The EU is keen to avoid being incendiary and instead wants to return to the negotiating table, especially as it’s likely the bill won’t enter into law for another year because of strong expected opposition in the UK’s House of Lords, people said.
Unfreezing infringement proceedings, which have so far been suspended on good faith during negotiations and could ultimately lead to financial penalties being imposed on the UK, would be a first step but the trade agreement between the two may have to come up for discussion later, they said.
The EU is still willing to be more flexible in the negotiations, built on proposals the bloc made in October which offered fewer checks in the Irish sea border. An EU official said the bloc is always prepared, declining to give any details.
The bill sets the framework for the protocol to be changed, according to people familiar with the contents. Secondary legislation, which lets a minister make a direct change
without needing the active approval of Parliament, can then be introduced to determine the details, including which goods can flow through different lanes for trade.
Risking retaliation from the EU comes at a difficult time for Johnson. He scraped through a confidence vote with 148 of his own MPs going against
him following the partygate
scandal. He’s keen to “bash on” with his legislative agenda with a promise to boost the economy as well as his plan to effectively rip up the protocol.
The plan has been met with fury from EU member states as well as senior politicians in the US, who have called for peace and stability in Northern Ireland not to be jeopardised. But Johnson also risks angering the Brexit-supporting wing of his party by dithering further on the plans.
In a display of how divided Johnson’s party is over the issue, his MPs took to the commons to question how far the legislation would go.
Bernard Jenkin, who campaigned to leave the EU, warned that he would vote against the bill if it didn’t go
as far to restore Northern
Ireland’s executive.
Another, Christopher Chope, urged the government to stop “bickering in public” and “just get on with it.” Tobias Ellwood, who last week sparked backlash from pro-Brexit MPs by suggesting the UK should
rejoin the EU’s single market, warned about keeping the US on board.