Enel planning to invest $191b on clean energy 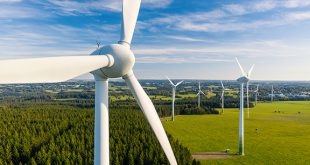 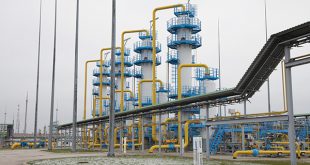 Enel SpA plans to invest 170 billion euros ($191 billion) this decade to accelerate its shift to greener energy sources.
The strategy indicates a 6% increase from the previous investment plan, documents published showed. It also brought forward its net zero commitment by 10 years, from 2050 to 2040.
Enel is the latest energy company in Europe to reveal plans to accelerate the energy transition. The recovery in demand for energy after the pandemic and the ambitious goals of the European Union to electrify the economy have pushed companies in the region to review targets and strategies.
“This year’s plan, with 170 billion euros of direct investments by 2030, is a pivotal one,” said Francesco Starace, chief executive officer at Enel.

Nearly half of Enel’s investments will target the expansion of renewables. By 2030, it expects to reach a total renewable capacity of around 154 gigawatts, tripling its 2020 portfolio. The firm also seeks to increase its grid customers by 16%, adding 12 million, and to raise its electricity sales by almost 30%.
Enel’s share price rose as much as 2.1% to 7.05 euros in Milan.
To achieve its new emissions commitments, Enel plans to exit coal generation by 2027 and gas generation by 2040, replacing the sources with new renewable capacity and hybrid renewables-storage solutions.
The next decade will be crucial in terms of meeting targets set by the Paris Agreement, and several European energy companies have announced plans to increase investments in renewables.
This week, German energy company EON SE said it will spend 27 billion euros ($30.4 billion) over the next five years to expand its core business. Last week, RWE AG, outlined a 50 billion-euros spending plan to ramp up its green power business this decade, following similarly high spending plans from Orsted A/S, Iberdrola SA and Enel SpA.
In the short-term, Enel plans to invest 45 billion euros between 2022 and 2024, a 12% increase on the previous plan. Ordinary earnings before interest, taxes, depreciation and amortization are expected to jump 12% in the period. Shareholders’ fixed dividend per share is seen to increase by 13%.
“Overall, we see lower near-term earnings (vs. previous plan) plus higher capex as unlikely to be a positive for the stock,” said Jefferies Financial Group Inc. in a report Wednesday.