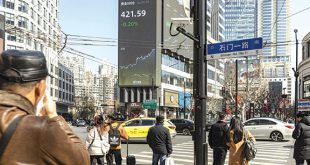 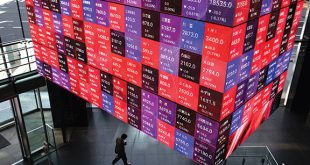 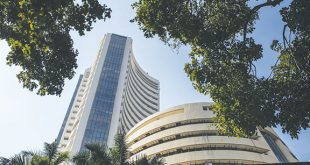 Emerging-market stocks and currencies fell toward a three-week low as surging domestic risks from Thailand to South Africa worsened sentiment impaired by a fractious U.S. election campaign and bets for December policy tightening by the
Federal Reserve.
Thai equities and baht led losses amid concern for the health of King Bhumibol Adulyadej. The rand headed for a one-month low and South Africa’s credit risk neared a three-month high on concern Finance Minister Pravin Gordhan’s job is on the line. Chinese shares traded in Hong Kong retreated the most in October as investors speculated fund flows from the mainland will reduce and the yuan will weaken. Russian sovereign bonds declined for a seventh day.
Developing-nation shares have dropped 2.7 percent and currencies have lost 1.5 percent from 13-month highs reached in the past two months as a rally spurred by investors seeking higher yields stalled with markets factoring in a higher probability of a U.S. interest-rate increase this year and fretting that an election victory for Republican Donald Trump may endanger trade deals.
“There are some specific stories that are sparking losses in individual markets like in Thailand,” said William Jackson, an emerging-market economist at Capital Economics in London.