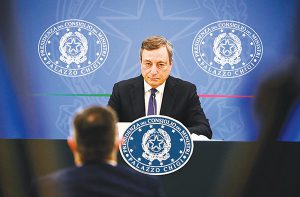 Italian Prime Minister Mario Draghi wants to make his country more friendly to outside investors. But an ongoing power struggle involving its largest insurer, its richest man and its most powerful investment banker is not a good look.
Leonardo Del Vecchio’s fortune of nearly 40 billion euros ($45.1 billion) is rooted in his eyewear group Luxottica Group SpA, which he merged with French lensmaker Essilor in 2018. The 86-year-old has now turned his steely gaze to Italian finance and does not like what he sees at Italy’s largest insurer — Assicurazioni Generali SpA, a core institution of European finance and one of the biggest buyers of Italy’s sovereign debt.
Italy’s top-ranked billionaire has taken particular umbrage at Generali’s French chief executive officer, Philippe Donnet. Del Vecchio is joined in his frustration by Francesco Caltagirone, a 78-year-old Roman construction
magnate who owns the newspaper Il Messaggero. Caltagirone’s fortune is worth just about a tenth of Del Vecchio’s but the pair, together with a banking foundation in Turin, have amassed a stake of around 15% in Generali.
Opposing them is Italy’s most powerful investment banker, Alberto Nagel, who since 2007 has presided over Mediobanca, the Milanese financial institution. Mediobanca holds about 17% of Generali, having this month raised its stake from 13% via a stock lending mechanism. The bank and the insurer were intertwined in a co-dependent embrace for decades. Mediobanca has derived about a third of its revenues from its stake in Generali.
Del Vecchio and Caltagirone maintain Generali and Mediobanca have fallen behind in asset management, a business they should dominate in Italy, mainly because the companies are nervous about stepping on each other’s toes. The two billionaires have a shared interest in grand ideas to make Italian finance bigger. They want Generali to be more digital and more international. A decade ago, the insurer retrenched and shrank at the behest of shareholders who ousted its chairman and CEO in a boardroom battle.
There are other things being considered, of course. Eyewear and insurance will be increasingly interconnected as European demographics skew older. Generali also holds a vast real estate portfolio. The potential spinoff of those assets into a Del Vecchio or Caltagirone or combined property group is making other bankers salivate.
A flash point will come on December 15, when Generali presents a new investor plan. Then in April 2022, Generali’s shareholders will vote on the composition of their new board. Del Vecchio and Caltagirone are expected to reject the reappointment of Donnet. That would be a blow not only to the Frenchman but to the influence and authority of his ally Nagel. Complicating Nagel’s position, Del Vecchio has also built a 20% stake in Mediobanca.
Parsing the brutal parlour games in Italy’s financial capital is never easy. Tribal fiefdoms are fiercely defended and personal antipathies have long histories. But this feud is a lose-lose for Italy from an investment perspective. Bloodletting at core financial institutions will weaken its attractiveness to minority investors and to foreign investors in particular. There’s a reason Italy’s big corporate names mostly chose to list elsewhere.
In an instructive coincidence, fashion company Ermenegildo Zegna has just chosen to merge with a special-purpose acquisition company in New York.
The battle over Generali also risks destabilising an institution which owns 70 billion euros of Italian sovereign debt — and a significant holding of French and German securities, too. Draghi is known to want to stay out of the situation. But can he?
This corporate battle comes at a time when Italy and France have just signed a friendship treaty. Shareholders aligned with Del Vecchio and Caltagirone grouse that Donnet has failed to show sufficient respect for the Italian institution, and its largest Italians investors in particular. Still, a majority of investors backed Donnet’s reappointment in a vote in September.
It’s intriguing to see billionaire founder-owners throwing their weight around. Both Del Vecchio and Caltagirone have had significant success in their own fields but that’s not to say such talent is transferable. There is no guarantee they are going to be outstanding bank bosses. It also seems well, unseemly. Transpose the contest elsewhere and you’ll see what I mean. What would the reaction be if Elon Musk or Jeff Bezos decided they wanted control of major US financial institutions because they think they can run them better? 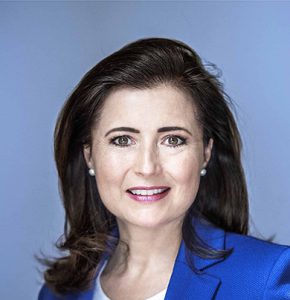 Rachel Sanderson was Milan correspondent for the Financial Times from 2010 to 2020. She has also written about Italy for the Economist and reported for Reuters and Reuters TV from Rome, Paris and London