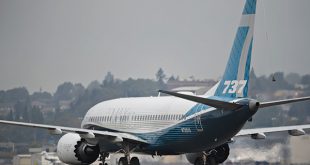 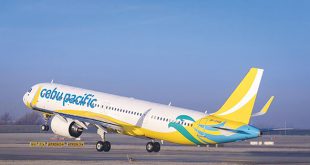 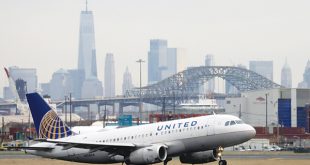 A flight-sharing partnership between Delta Air Lines Inc. and Korean Air Lines Co. could transform into a joint venture, the US carrier’s Chief Executive Officer Ed Bastian said. The code-share agreement between the two operators “could lead to deeper relationship” with the possibility of becoming a joint venture, Bastian said at an event in Atlanta, where Delta is based.
A possible investment by Delta may help Korean Air, which is under pressure to inject funds into troubled unit Hanjin Shipping Co. as a court in Seoul decides on a bankruptcy protection filing by South Korea’s biggest container line. As Hanjin’s largest shareholder, Korean Air pledged to provide as much as 60 billion won ($54 million) as part of the holding group’s efforts to ease a supply-chain disruption, but the airline has so far failed to resolve how the money would be disbursed.
“We’re always talking,” Bastian said, when asked whether Delta was currently in discussions with Korean Air on a joint venture or other ways of boosting their ties.
Earlier this month, Delta and Korean Air agreed to expand their partnership by increasing destinations that can be shared among their passengers, with a combined 142 locations in the Americas and 33 in Asia.
The new code-share is expected to start in the fourth quarter of this year, pending government approvals, Delta said in a statement Sept. 7.
Delta also plans to start a daily non-stop service to Seoul from Atlanta on June 3 next year using a 291-seat Boeing Co. 7770-200LR aircraft, according to the statement.