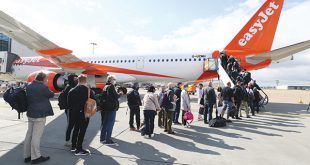 EasyJet’s bookings pick up ahead of summer season 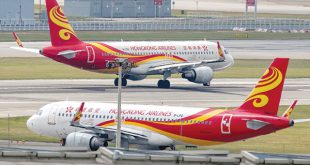 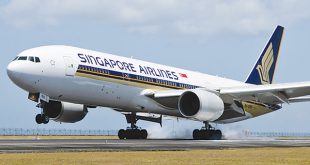 Business travel is climbing its way back, says Singapore Air

Delta Air Lines Inc. is nearing a decision on upgrading its single-aisle fleet as four planemakers bid furiously to win the order, people familiar with the matter said.
Airbus Group SE, Boeing Co., Bombardier Inc. and Embraer SA are competing for the sale as the second-largest US carrier seeks to replace its McDonnell Douglas MD-88 workhorse jets for shorter domestic flights, three people said. Delta could make a decision as early as this month, two people said.
The stakes are highest for Bombardier, which is still trying to land a marquee US customer for its struggling C Series jetliner. United Continental Holdings Inc. twice this year opted for Boeing’s 737 rather than the Bombardier plane.
The Delta order would be the first since Ed Bastian was named in February to be the airline’s next chief executive. The carrier has gained a reputation as a savvy buyer of new and used aircraft under CEO Richard Anderson, who is retiring next month. Delta said in January that it was considering the C Series as the airline phases out some of its smallest jets.
The airline is considering ordering new narrow-body planes in installments rather than replacing its 116-jet fleet of MD-88s with a single purchase, one of the people said.

Shopping Around
“Delta has been evaluating new and used aircraft acquisition opportunities in the roughly 100-seat gauge as we’ve continued to replace our 50-seat regional fleet with larger, more customer friendly mainline aircraft,” spokesman Michael Thomas said Friday. He declined to address the Atlanta-based carrier’s strategy for replacing the MD-88 fleet.
Representatives for Airbus and Boeing declined to comment.
Embraer has been “working very hard” to place its largest jets, the E190 and E195 at Delta, the Brazilian planemaker said in an e-mailed statement. The US carrier doesn’t operate any Embraer jets in its mainline operation, although regional affiliates fly them under the Delta Connection brand. “With more than 1,700 E-Jets sold worldwide, Delta will greatly benefit from the very high level of maturity and reliability as well as the commonality among the E-Jet family,” the company said said. “Embraer will be quite honored if selected by Delta.”
Bombardier brought a C Series jetliner to Atlanta earlier this week, one of several stops it made in the US, according to spokeswoman Marianella de la Barrera. She wouldn’t say if the plane was used for a marketing demonstration to Delta or if talks with the carrier were still under way.
Among other options, Delta is considering a purchase of Bombardier’s CS300 aircraft, the larger of two variants of the single-aisle plane, said two of the people, who asked not to be named because the discussions are private.
The aircraft, which seats as many as 160 passengers, would replace Delta’s quarter-century-old MD-88 jets, which can carry between about 130 to 145.

Bombardier Battle
A Delta order would be significant for Bombardier, which has struggled to line up blue-chip customers for its flagship jet amid fierce competition from Boeing and Airbus, the world’s dominant planemakers.
The state-of-the-art C Series, with composite parts and efficient fuel consumption, is more than two years late and more than $2 billion over budget as it nears its commercial debut later this year.
Montreal-based Bombardier has gone hat in hand to the Canadian government for as much as $1 billion in aid for the aircraft program. It has received a commitment for a $1 billion investment from the province of
Quebec.
Airbus and Boeing have used their low manufacturing costs after assembling thousands of single-aisle jets to undercut Bombardier and win deals that would give the C Series sales momentum.
United placed two orders this year for Boeing 737 aircraft rather than the Bombardier plane. Boeing offered its single-aisle jet for as little as $22 million compared with a list price of $80.6 million, according to a report last month by Goldman Sachs
Group Inc.