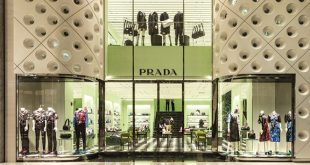 Dean Foods Co., the largest US dairy processor, agreed to buy the manufacturing and retail operations of Friendly’s Ice Cream LLC for $155 million to add another consumer brand and help build its business beyond commodity fresh milk.
The deal includes Friendly’s trademark and intellectual property, Dallas-based Dean said in a statement. The company will retain Friendly’s senior management team. It doesn’t include the Friendly’s chain of more than 260 restaurants — those will continue to be owned and operated by an affiliate of Sun Capital Partners Inc., which will license the trademark from Dean.
The acquisition will add about 6 cents a share to 2016 earnings, according to the statement. Dean reported better than expected first-quarter earnings and forecast profit for the current quarter that exceeded analysts’ estimates.
While the recent decline in raw-milk prices has helped margins in Dean’s traditional processing business, the company is seeking new markets and products to adapt to a long-term decline in US per-capita consumption. In 2011, it introduced the TruMoo flavored milk brand, and last year it started selling the DairyPure milk brand to counter the growth of organic milk and soy- and almond-based substitutes. Dean said in February it will re-enter the iced-coffee market.
First-quarter net income was 43 cents a share compared with a net loss of 78 cents a year earlier, the company said in a statement. Earnings excluding one-time items were 45 cents, exceeding the 38-cent average of 13 analysts’ estimates compiled by Bloomberg. Dean had forecast a range of 32 cents to 42 cents in February. Sales declined to $1.88 billion from $2.05 billion, matching the average estimate.
Class I Mover, a measure of raw-milk costs, fell 14 percent in the quarter, according to Dean. It forecast second-quarter earnings of 32 cents to 40 cents a share as milk costs decline 15 percent. The midpoint of that projection exceeds the average of analysts’ estimates of 35 cents.
Lazard Middle Market LLC was Friendly’s financial adviser on the deal and Rothschild Inc. was Dean’s. Friendly’s was established in Springfield, Massachusetts, in 1935.
Dean fell 0.3 percent to $18.16 in New York. The shares have gained 5.9 percent this year. Friendly’s deal increases Dean’s storage and manufacturing capacity, adds well-known brand in the Northeast and pipeline of new product innovations, Chief Executive Officer Gregg Tanner said on an earnings call with analysts.
Dean’s criteria for future deals includes brands it can grow while diversifying its products and using current manufacturing and distribution networks.
Wal-Mart Store Inc.’s milk plant to be built in Indiana won’t have material financial impact on Dean, but may affect overhead and employees as the company cuts costs because of 95 million to 100 million gallons of lower sales volume, Tanner said.