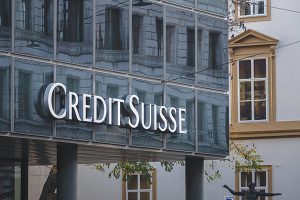 Credit Suisse Group AG bankers are trying to entice rich clients with higher-yield notes and bonus deposit rates in a bid to quickly recoup as much as possible of the almost $90 billion recently pulled from the bank.
The head of the Swiss lender’s wealth unit, Francesco de Ferrari, is mobilising his 1,800 relationship managers in a mass calling campaign with offers including a lowered threshold on balances entitled to an interest rate of 5% to 6%, according to people familiar with the matter, who asked not to be identified as the plans are private. In addition, the bank is offering notes that pay a fixed rate of close to 7% to compensate investors for lending their cash for a number of months, the people said.
Credit Suisse is fighting to regain stability in what is supposed to be one of its least volatile businesses and the centerpiece of the revamped institution — managing money for the wealthy. Yet amid swirling online rumours which erroneously questioned the bank’s solvency in October, clients began pulling out funds that within a few weeks amounted to about 10% of de Ferrari’s business.
“We are in close contact with our wealth management clients as we implement our new strategy,” a spokesman for Credit Suisse said. “Market headwinds result in a volatile environment for our clients, and we are fully focused on providing them with differentiated advice and solutions that are in line with market rates.”
The huge outflows are putting de Ferrari, who only took up his current role in January, under intense pressure from Chairman Axel Lehmann and Chief Executive Officer Ulrich Koerner to bring back assets, the people said.
It isn’t unheard of for wealth managers to use such strategies at year end to boost assets under management. Credit Suisse’s offer isn’t substantially above current market levels for some fixed rate deposits, which may limit the appeal however given the perception of risk around the institution.
In November, the bank marketed an 11-year dollar bond at 9% to shore up cash levels — a rate more consistent with the junk-bond market.
Ferrari’s task is complicated further by the knock-on effects of the massive withdrawals including reduced liquidity, and the declines in global markets that have prompted margin calls at a time when client relationships are already strained.