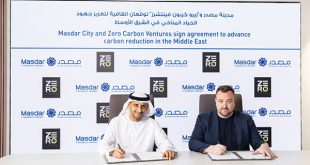 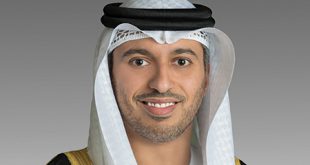 Hillary Clinton scored a dominating victory over Bernie Sanders in South Carolina’s Democratic primary with the overwhelming support of black voters, helping solidify her path to the party’s nomination heading into Tuesday’s 11-state round of contests that represent the biggest prize of the 2016 primary campaign.
“Tomorrow, this campaign goes national,’’ Clinton said in her victory speech in Columbia. “We are going to compete for every vote in every state. We are not taking anything, and we’re not taking anyone, for granted.’’
She also began turning her sights to the general election by taking a swipe at Republican front-runner Donald Trump, ridiculing his campaign slogan.
“We don’t need to ‘Make America great again,’” Clinton said. “America has never stopped being great. But we do need to make America whole again.”
With 99 percent of the vote counted, Clinton had 74 percent to 26 percent for Sanders, according to the Associated Press. The margin far exceeded the gap in most polls taken in the state before the primary, which showed her leading by an average of 27.5 percentage points, according to figures compiled by RealClearPolitics.

Campaigning Hard
The former secretary of state campaigned hard in the Palmetto State before Saturday’s primary despite her big lead, seeking to cement her position as the inevitable nominee before Super on Tuesday. Sanders had hoped to limit the margin of Clinton’s victory, even as he spent much of the week campaigning in other states.
Sanders conceded minutes after the polls closed. He had already left a campaign event in Texas for Minnesota. Both states are holding contests on Tuesday.
“In politics in a given night sometimes you win sometimes you lose, tonight we lost,” Sanders told reporters after landing in Rochester, Minnesota. “I congratulate Secretary Clinton on a very strong victory. Tuesday over 800 delegates are at stake, and we intend to win many many of them.”

Black Voters
After Sanders essentially tied Clinton in the Iowa caucuses on Feb. 1 and defeated her by more than 22 percentage points a week later in New Hampshire, Clinton won the Nevada caucuses on Feb. 20 in the first test in a state with a large minority population. She replicated that performance in South Carolina, the first nominating contest in the South.
Sixty-one percent of Democrats who cast ballots on Saturday were black, up from 55 percent in 2008, according to exit polls reported by CNN, and she won 86 percent of their votes. Black voters are also a significant part of the electorate in Georgia, Alabama and other Southern states voting on Tuesday.
Sanders tried to energize voters, especially young people, with his message about income inequality. He also increased his criticism of Clinton’s record, including her support of the 1996 welfare-reform bill that her husband, former President Bill Clinton, signed into law.
But the exit polls reported showed the extent of Clinton’s dominance: She won 63 percent of the vote among voters under age 45 and 81 percent of those 45 and older. Clinton carried women by 79 percent and men by 68 percent, and she won all income and education groups, the polls show.

Longstanding Ties
Clinton relied on her longstanding ties to the black community, lingering goodwill from the economic advances during her husband’s presidency and a strong pitch that she would carry on the initiatives of President Barack Obama, the first black chief executive.
“What I want to do is build on the progress we’ve made under President Obama and go further,’’ Clinton said during a rally on Wednesday at Morris College, a historically black college in Sumter.
Kelvin Mathews, 25, a dock worker from North Charleston, said he likes Sanders but thinks Clinton can win and get results.
“She’s going to continue things Barack Obama put in place,” Mathews said during Clinton’s visit on Wednesday to the International Longshoremen’s Association Local 1422 hall in Charleston.
Clinton also emphasized her ability to get results with achievable proposals, continuing her efforts to paint Sanders, a self-described socialist, as a “one-issue’’ candidate.

Running Up the Margin
Clinton’s team spent the week in South Carolina trying to run up the vote margin, with Bill Clinton traversing the western part of the state ahead of primary day and their daughter, Chelsea, visiting colleges.
The Clinton campaign pushed absentee balloting, especially among black voters, and had 15 offices in South Carolina. It said it made 1.6 million calls and door knocks as of Thursday night and held 2,400 grassroots events.
Sanders seemingly had already moved beyond South Carolina by Saturday, telling a crowd of about 10,000 people in Austin about the campaign’s competitive showings in Iowa, New Hampshire and Nevada.
“On Super Tuesday the state that is going to be voting for the most delegates is the great state of Texas,” he said, skipping over Saturday’s primary. “And if all of you come out to vote, and you bring your friends and your neighbors and your coworkers, we are gonna win here in Texas.’’
Sanders perhaps could have performed better in South Carolina by devoting more time and resources, said Robert Oldendick, a professor of political science at the University of South Carolina in Columbia.
But he needed to concentrate on the first voting states of Iowa and New Hampshire to build momentum, and he started in South Carolina limited by low name recognition and Clinton’s institutional advantages, including the backing of US. Representative Jim Clyburn, the state’s highest-ranking black Democrat, Oldendick said.
“It was such a steep hill to climb,’’ he said. “I’m not sure he could have done much better.’’
South Carolina has 59 delegates to the national convention, according to the state Democratic Party. Clinton won 39 delegates, Sanders won 14, and there are six superdelegates, party officials and Democratic officeholders.