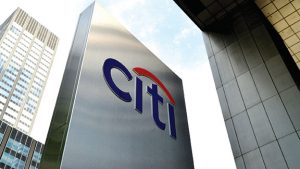 Union Bank of the Philippines will buy Citigroup Inc’s consumer banking assets in the Southeast Asian country for a cash consideration plus a premium of 45.3 billion pesos ($904 million).
The deal covers the US firm’s local credit card, unsecured lending, deposit and investment businesses as well as Citicorp Financial Services and Insurance Brokerage Philippines Inc, Citigroup and the Philippine lender said in separate statements. About 1,750 employees are expected to transfer to the new owner, it said.
The transaction is expected to conclude in the second half of 2022. Shares of Union Bank closed 7.8% lower, the steepest drop since October 15, amid plans of a stock rights offer to fund the deal.
Under Chief Executive Officer Jane Fraser, Citigroup is divesting consumer banking businesses in certain markets as it seeks to reshape itself around more profitable units like investment banking, while focusing its wealth franchise around hubs in Hong Kong, London and Singapore. Bloomberg News reported earlier this month that Union Bank was the preferred bidder.
“We are delivering on our renewed strategy, focusing resources in areas where our global network positions us to deliver optimal growth and returns,” Peter Babej, Citibank’s Asia Pacific CEO said.
The sale of the Philippine assets had drawn bids from other financial institutions including BDO Unibank, Metropolitan Bank & Trust Co. and Bank
of the Philippine Islands, Bloomberg News reported.
Union Bank was selected following an extensive and competitive auction process, Citigroup said.
Citigroup ultimately plans to exit retail-banking operations in Australia, China, India, Indonesia, South Korea, Malaysia, Poland, Russia, Taiwan, Thailand and Vietnam, though the lender will continue to serve corporations and private-banking clients in markets it’s otherwise leaving.
The New York-based lender is however investing further to expand its wealth and institutional businesses and has hired hundreds this year, a spokesman said.
Union Bank will raise additional capital of as much as 40 billion pesos through a rights offering to help fund the acquisition, it said. Morgan Stanley is the exclusive international financial adviser to Union Bank.