Citi in talks with Fubon on $1.5bn China asset sale 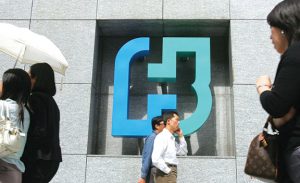 Citigroup Inc, which has been shedding some of its retail operations as part of a global revamp, is in advanced talks with Taiwan’s Fubon Financial Holding Co. for a sale of its mainland China consumer business, people familiar with the matter said.
Taipei-based Fubon has emerged as the likeliest buyer after outbidding rivals, and the two lenders are negotiating the terms of a potential transaction, the people said, asking not to be identified as the information is private. They are aiming to sign an agreement in the coming weeks and the assets could be valued at about $1.5 billion, the people said.
A deal would help Fubon strengthen its foothold in the mainland, where it acquired a controlling stake in Shanghai-based First Sino Bank in 2014 and later changed its name to Fubon Bank China, according to its website. Fubon is Taiwan’s second-biggest financial holding company by assets.
Discussions are still ongoing and no final decision has been made, the people said, adding Citigroup could still decide to enter into talks with other bidders if deliberations with Fubon don’t lead to an agreement. Representatives for Citigroup and Fubon declined to comment.
The China asset sale is part of Citigroup Chief Executive Officer Jane Fraser’s business restructuring that has sought to dispose of retail banking operations in 13 countries across Asia and Europe. The lender is focusing on building out its burgeoning wealth management arm instead. Earlier this month, the firm announced it would exit its consumer, small business and middle market banking
businesses in Mexico.
Last week, Citigroup agreed to sell consumer-banking businesses in Indonesia, Malaysia, Thailand and Vietnam to United Overseas Bank Ltd. for about S$4.9 billion ($3.6 billion). The disposal followed the sale of its assets in the Philippines to Union Bank of the Philippines for a cash consideration plus a premium of about $904 million in
December.